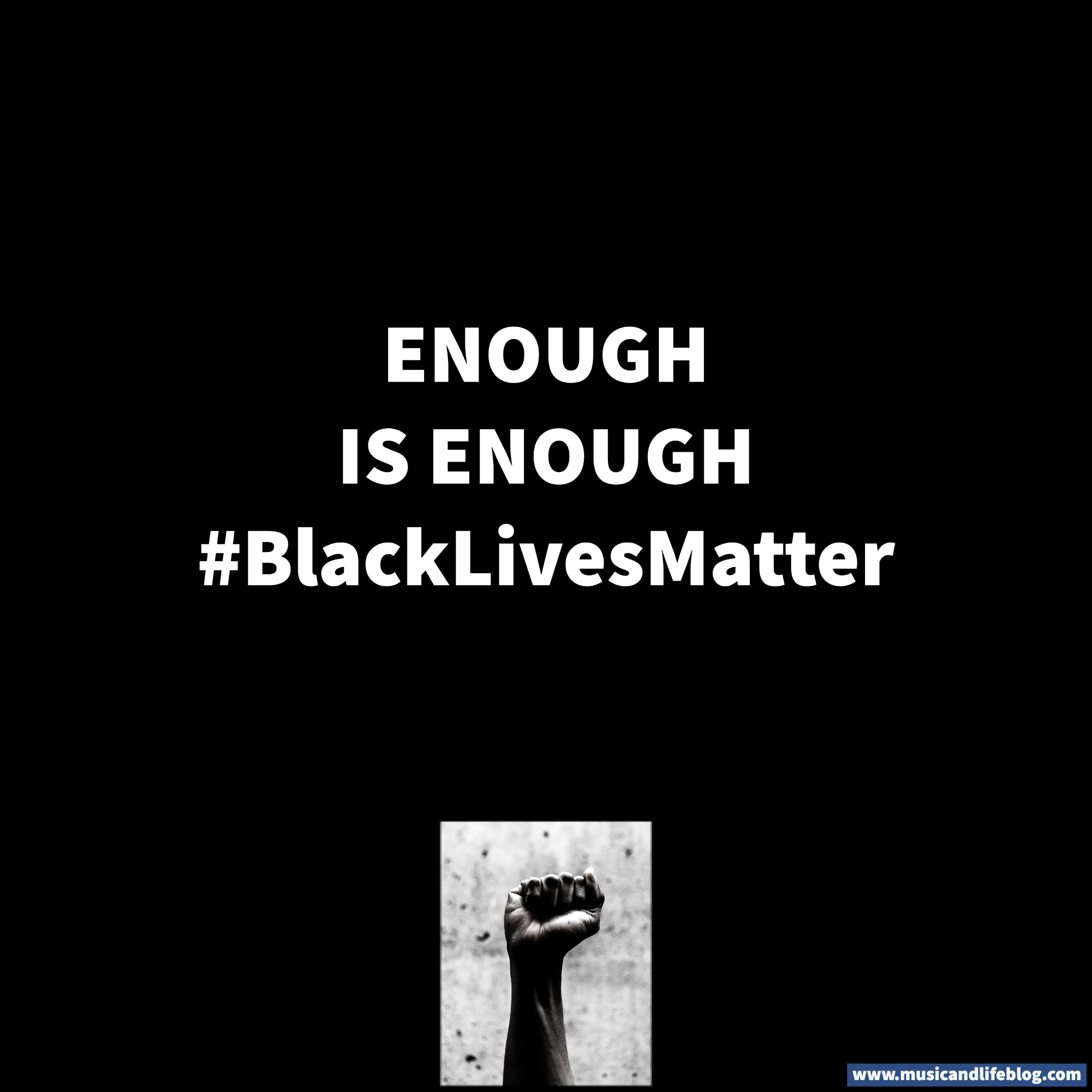 “I trust God and know that everything that happens is for our greatest good, but man….it’s tough right now. Blessings to all the families that have lost loved ones to police brutality” These were lyrics said by Jay-Z on his song “Spiritual” released in 2016 after the deadly racist police shootings of Alton Sterling and Philando Castile. 4 years later and those lyrics couldn’t be any more relevant. ENOUGH IS ENOUGH.

On May 25th 2020, George Floyd, a BLACK man was MURDERED by a police officer in Powderhorn, a neighbourhood in Minneapolis. Shortly after, videos and still images of the officer kneeling on Floyd’s neck started to circulate. These kind of murders are not isolated incidents and this is one of the substantial amount of killings by the hand of US police against black people. The past few months alone, to name a few, On February 23rd 2020, we saw the murder of Ahmaud Arbery who was jogging before being chased cornered and killed by 3 white racist men. On March 13th 2020, Breonna Taylor, a BLACK woman, was killed by police by being shot EIGHT times in her home. A further point to add is that all of these murders have taken place in the middle of a global pandemic. For me it is clear that the biggest deadliest virus here is racism. ENOUGH IS ENOUGH.

As a result of these murders, people have started to protest against racism in America as well as the UK. I don’t condone violence of any kind when innocent people are being hurt. However, Colin Kaepernick, the ex NFL player knelt peacefully in protest to the racism black people face in the US daily and there was a public uproar. It even resulted with him losing his job. Now, people are taking a different approach via the rioting and protests which is happening in the US and UK. However, yet again people are complaining, this time focussing on the destruction caused by the rioting and looting rather than what got people to that place in the first place. To make it worse, I am seeing numerous counter arguments to the statement ‘Black Lives Matter’ with another statement “All Lives Matter”. I just want to point out ONLY racists have an issue with the first statement. Black Lives Matter is a statement to argue that our lives matter TOO, it does not mean ‘instead of’. People that do not understand this are part of the problem. PRO BLACK DOES NOT MEAN ANTI-WHITE.

I live in London and I have grown up with numerous stories about death caused by racism whether it is by people or via police. Cases like Stephen Lawrence, Damilola Taylor, Mark Duggan are just a crumb of the numerous racist fuelled deaths in this country. I read an article that Black people in the UK are “40 times more likely than white people to be stopped and searched by the police“. This is despite the fact white people outnumber black people in the UK. As a Black 26 year old woman living in the UK, I too have experienced racism in my lifetime. Some of this racism has been subtle, either by looks or flippant statements or even by lack of acknowledgement of myself. However, some has been blatant and loud. 95% of my black male friends have been racially profiled and stopped and searched at least once by police in the UK. None has been because they have committed a crime but simply because of how they look. The majority of my black female friends are working in organisations where they are the “only black person” in the room. UK racism is not as subtle as people like to believe, some of it is as clear as the sky is blue. The Wind Rush Scandal, Grenfell Tower fire, stop and search and even when it comes to medical issues, it is very evident. I don’t know what it will take for a change to come, I don’t whether there will ever be a day I am not reminded of the fact most of the world is against my people or that I will always have to work extra hard to even be seen on the same level as white people. ENOUGH IS ENOUGH

It is tiresome having to bite our tongues knowing that we cannot react to EVERY racist incident without falling into the “angry stereotype”.

Being black in this society is having a good day because you hear that there was “The first black person” somewhere that has achieved greatness and then turning on the news and hearing an unarmed, innocent black person was murdered in cold blood for simply being black.

Being black is worrying about what racism is going to be like in the country you want to visit on holiday.

Being Black is assuming you will most likely in most corporate places, be the only black person in the room.

Being a black woman is having the burden of having to constantly worry about our black brothers, sons, boyfriends, husbands or even friends knowing that at any moment they can be targeted for the colour of their skin.

Being a black woman is having the burden of making sure at work you are “approachable”, “not too loud”, or “not too intimidating”.

Being a Black Woman is knowing that in some instances you have to avoid reacting so you are not portrayed as the “angry black woman”.

Being a Black Woman is knowing your hairstyle has to be “professional” when going for job interviews, adhering to the “caucasian look”

One thing I will say, it is down to white people to contribute and join us on this fight to equality. Ultimately, it will have to be white people that eradicate racism as they are the ones in a position of power. The more white people and non black people speak up against the injustice and racism, the closer we all are to finally fighting this. I don’t know if there will ever be a day when Black people would not have to worry about the things we currently do but I pray that day comes. We are exhausted of constantly being hunted, targeted and mistreated and I really hope and can only pray that one day a change will come. ENOUGH IS ENOUGH.

Some people have previously asked me “Why is this blog called Music & Life? What does it mean?“. On my very first post on this blog I stated that music IS life. There is a song that relates to every possible human experience and life itself. For me music is supposed to be a comfort, whether it’s to energise you, empathise with you, educate you or even disagree with you.

I have made a playlist with some songs that help reflect in detail what I have and most black people have been screaming. The songs help bring awareness to the racial injustice we feel on a daily basis. Here are just a few of the songs featured, full playlist is included below for you all to follow and play:

Childish Gambino – This Is America (2019): This is possibly one of the biggest examples and insights into Black America as of recent. The juxtaposition of the happy tone with the dark and deep context surrounding this song is a great ploy to get people to take in the subject at hand.

Common Ft. John Legend – Glory (2014) – This song was from the ‘Selma’ soundtrack and it feels like a fantasy of what the world could be like when or if we are ever seen as equals.

Freedom is like religion to us, justice is juxtaposition in us. Sins that go against our skin become blessings”

In a sad twist of irony, sometimes our suffering is used for the greater good or have been catalysts for change.

Bashy – Black Boys (2009) – UK rapper Bashy is possibly loved by so many men due to the impact of this song. In the intro Bashy says ; “This is out to all the black boys growing up, yeah. There’s bare positive black boys around you making movements…making movements toward success“. This song is an ode specifically to Black Boys all around. In a world where they are the minority and sometimes persecuted due to their colour, this song lets them know they are not alone. The song touches on the successful Black Men in media and in life that are doing and where doing well. All those men could be considered role models to young black boys listening. This song is still relevant today in a society where Black boys are being killed in every part of the world, some black boys may be feeling de motivated or alone but they must remember “Ooh child, things are gonna get easier…Ooh child things will get brighter”.

No we ain’t hooligans, just young and talented nubians with potential and promise”

Ty Dolla $ign Ft. Big TC – No Justice (2016) – This is one of my favourite Ty songs. The opening lines “Seem like shit is getting worse before it’s getting better” can be applied to the current climate.

Kenneth Whalum Ft. Big K.R.I.T – Might Not Be OK (2016) – WOW. One of the most powerful songs on this list. There is absolutely no way you can listen to this song and not hear the pain being spoken about in this song. It would be an injustice to point out a specific line in this song because you really need to hear the whole song to take it all in.

The Game Ft. Rick Ross, Fabolous, Diddy, 2 Chainz, Wale, DJ Khaled, Swizz Beatz, Yo Gotti, Problem & more – Don’t Shoot– Following the murder of Michael Brown, the Game brought together 10 14 other artists for this song. The song focusses on the constant injustice of how black people keep getting killed repeatedly for no reason other than their race. The song also focusses on the lack of trust between the black community and the police. The songs’ chorus is sung by The Game’s daughter.

Throwing up our hands don’t let them shoot us…’Cause we all we got, we all we got. God ain’t put us on the Earth to get murdered, it’s murder”

YG – Police Get Away with Murder (2016) – Self explanatory. Facts too. This song was YG’s response to the numerous cases where police literally got away with murdering black people with no consequences.

Jay Z- 99 Problems (2003) – One of Hov’s most popular songs. The second verse is a prime example of racial profiling. Jay Z narrates the scene perfectly demonstrating an insight into the lives of black men in America.

Half a mill for bail cos I’m African”

Demonstrating the way black people are treated. Bail is usually set extremely high knowing majority of the time, will not be able to be paid.

Joyner Lucas – I’m Not Racist (2017) – This song is perfect for those that do not believe race is an issue in America or even the world. It focusses on the disconnect between Black people and White people. Joyner raps from both perspectives in order to emphasise the point at hand. The video is incredible and I love the fact he creatively explains the main issue regarding racism.

Below is the Playlist:

7 thoughts on “ENOUGH IS ENOUGH. #BlackLivesMatter”