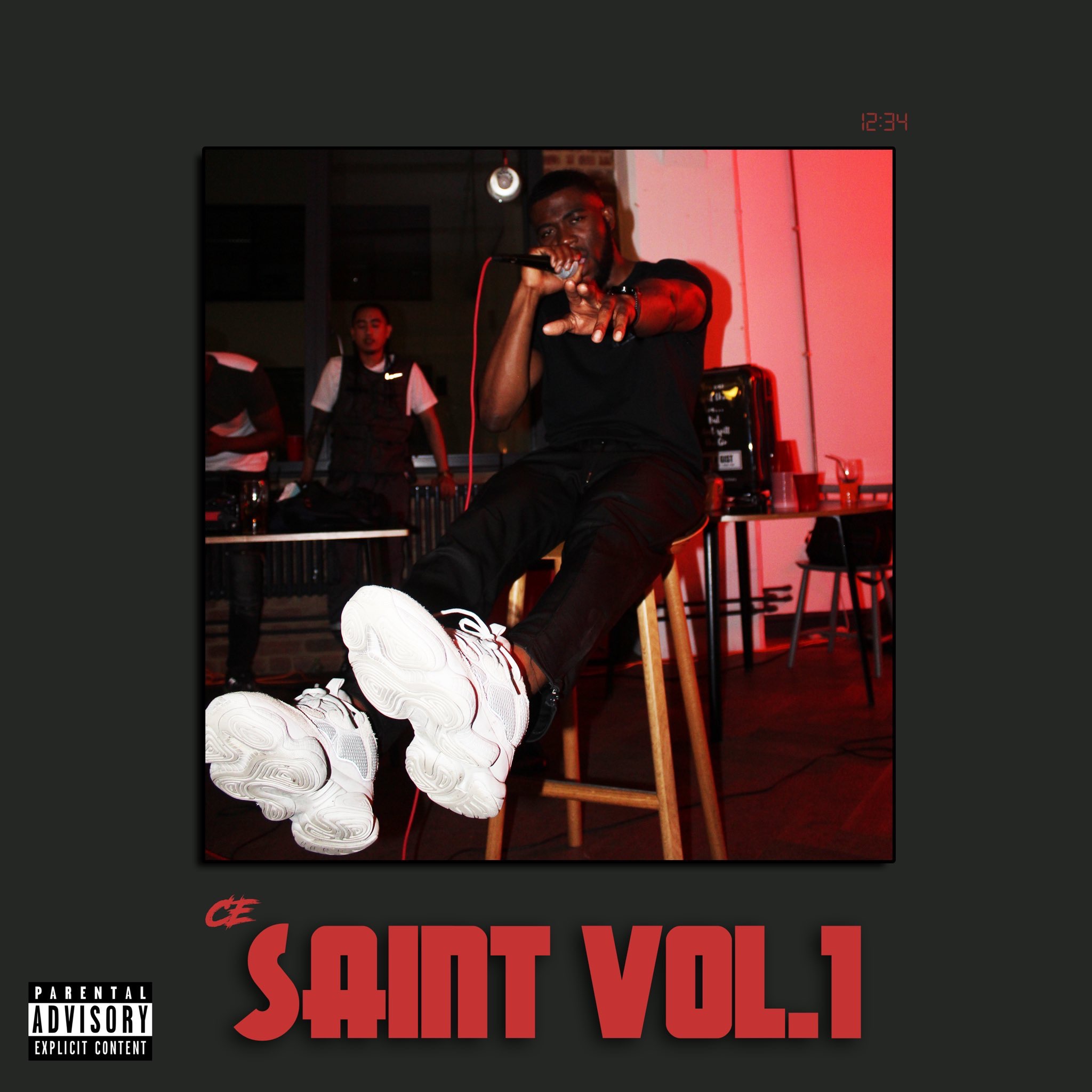 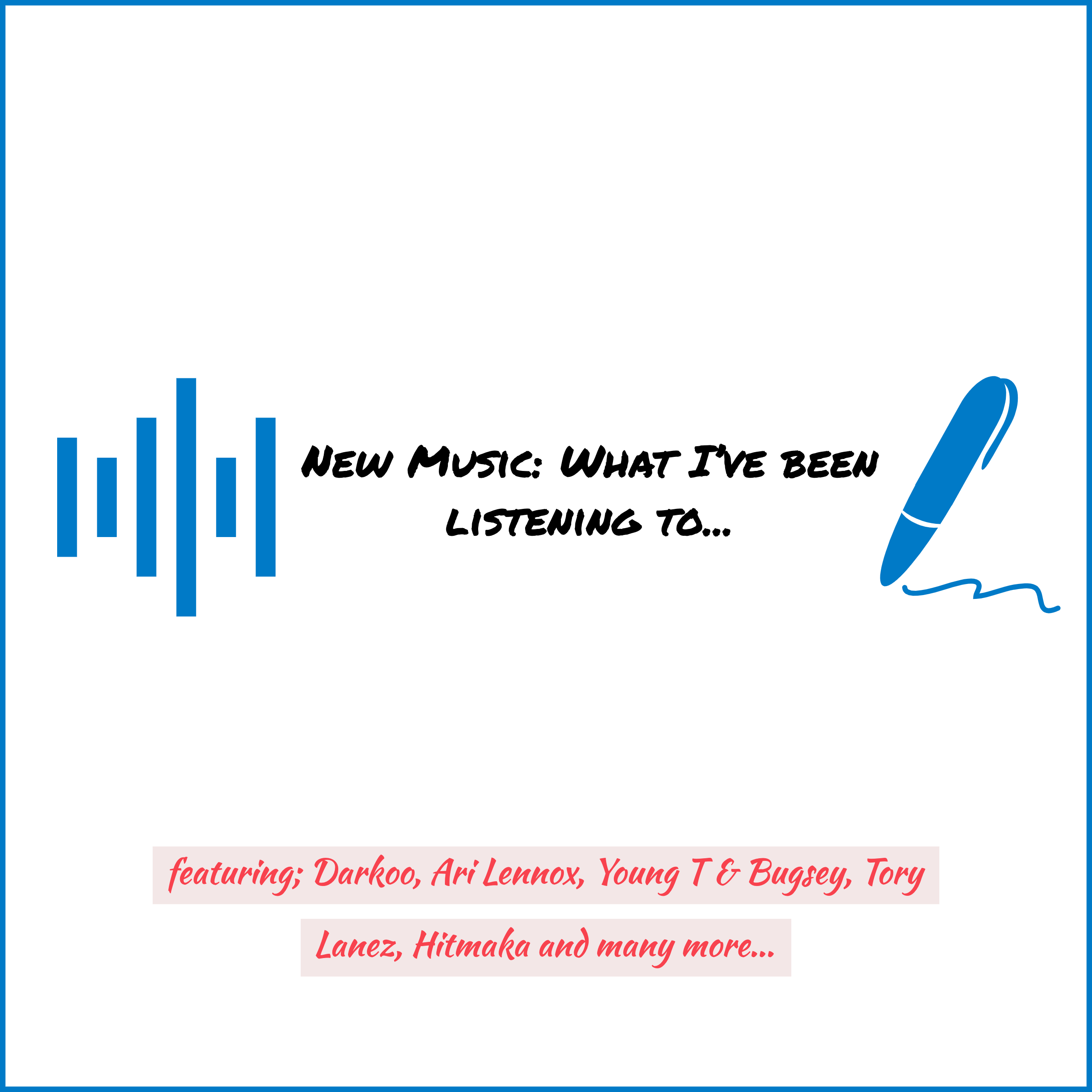 Hey everyone, it’s been a while since I’ve done one of these! There has been so much music released recently but I thought I’d give you a list of songs I’ve had on repeat, some old and many new Furthermore, I’ve compiled a “Winter Playlist” for everyone, so feel free to have a listen! The link is at the top of the blog.

UK music has been on fire recently and this is one of the hottest records out right now! The song is by UK singer Darkoo featuring fellow UK artist One Acen who seems to do no wrong. This song is extremely catchy and the accompanying dance is very addictive! I have heard a song from Darkoo before (the song with Br3nya) and I really like the tone of her voice, so I hope this song is the start of something big for her. Have a listen below and make sure you check out the video!

As I’ve already mentioned, I have recently compiled a playlist for this winter weather, songs that are representative of these cold, cold conditions! This song is one of the entries and a song I’ve been playing a lot recently. I like the tone of Ari’s voice in this title track of her debut album. J Cole has a great featured verse especially with the change of flow when he says “Coconut oil”. Have a listen below;

When I first heard the teaser to this song I thought it would 100% work. Of course the original 2005 classic “I’m Sprung” from T-Pain is already legendary but Tory has a habit of remixing songs and giving them his own twist. I even think that this could easily be a part 2 of the original rather than seeing it as a replacement. For me it feels like a teacher (Being T-Pain as he is one of the originators of autotune) and the student (Tory) at work together. This irony reminds me of the famous J Cole lyric whenhe says on “Let Nas Down”; “Long live the idols, may they never be your rival”. This song also serves as the first single from Tory’s latest project “Chixtape 5”. Having listened to the tape, this song is still the main song that stands out for me and has the most replay value. Have a listen below;

If you are a regular on my blog you’d probably know I’m a fan of US artist Russ. This song featuring BIA is his latest hit. I think Russ has a good formula going on, he has a nice singing voice but also has a talent for rapping too. Sometimes it feels as if there are two people on his verses. I am personally looking forward to his upcoming album has he has been going from strength to strength with his released singles. Another great thing about Russ is that he always seems to have the perfect person to feature with for that song. BIA’S flow compliments the beat of this song so perfectly its unreal! Russ is definitely someone I would love to see perform live. Have a listen to the song below;

UK duo Krept and Konan are back with their second studio album “Revenge is Sweet”. This is the second song from the album and in comparison, to the energy in the first song, this is a more chilled back song. The song for me is quite deep and of course the duo do not disappoint with their wordplay. In one of Konan’s verse he says “All the times I made Abby cus cos she couldn’t count on me” which is of course a reference to the Abacus which is used to help people count. I also like how Krept and Konan use their religion and faith on this song with the chorus; “Assalamualaikum akhi, pray for a brudda cah they hating on me”. The “Assalamualaikum” is a greeting in Arabic that means “Peace be upon you”. Throughout the song they ask for prayer due to the fact people are not as genuine as we may think. They both also touch on the deaths of close ones in the song. I think this is one of my favourites from the album without a doubt.

Wow! This all female remix is possibly one of the best remixes to a song to come out this year. I love the female unity in this song but the best thing is every single artist maintains the high level. I also liked the original with Meek Mill, 2 Chainz and Tyga. For this all female ensemble, my favourite verses were from Chinese Kitty and Dream Doll. Although the line from Dreezy; “Got ten-star credit, my pictures don’t need no editing” has been in my head ever since. Have a listen to the song below.

The instruments on this song are possibly the best arrangement I’ve heard on a UK rap song this year. UK rapper J Hus and the genius producer that is JAE5 team up for yet again another banger. I’ve said before that J Hus has the ability to provide a song that you will 100% be quoting for the next few weeks. This song will for sure be making you think about “opps”that you may not even have! I can’t get over the strings in this song too, I could easily listen to the instrumental version of this song on repeat.

I don’t think these two are capable of ever releasing a bad song! This is another hit from the UK duo, this time featuring UK rapper Headie One. I like the wordplay from the duo, their flow is also very unique and the two always play off each other so well. Whatever formula these two have, they should definitely keep at it because it sure is winning one.. Check out the song below;

Another entry from Krept and Konan, this time with a song featuring two other UK rappers; South London’s finest Stormzy and the late great Cadet. When I saw the tracklist for this song I knew I would love it. I’m a fan of Stormzy but even I didn’t realise how crazy his verse would be. Stormzy sounded fed up which for me is the best version of Stormzy. Look at some of his freestyles where he has similar emotions or even when he’s on the rare occasion not as humble as usual. (Listen to “Scary” or even “One Take”). One of his lines in this song is “I’m from the dirty South, can’t clean the boy” and it is the way he delivers the bar that gets me. He also raps “Man can’t talk about whips or p’s, Got a S class sitting there covered in bird shit” just reminding us he is the guy! I wanted his verse to keep going! I read that the verse from Cadet was not originally recorded for this song but they managed to make it fit and I’m glad we get to hear a song with all of them on it as they were all family or friends. I feel each artist brought out the best in the other. The back to back between them was exciting to hear and I can only imagine what that would be like to listen to live. Once again R.I.P Cadet! Cadet!