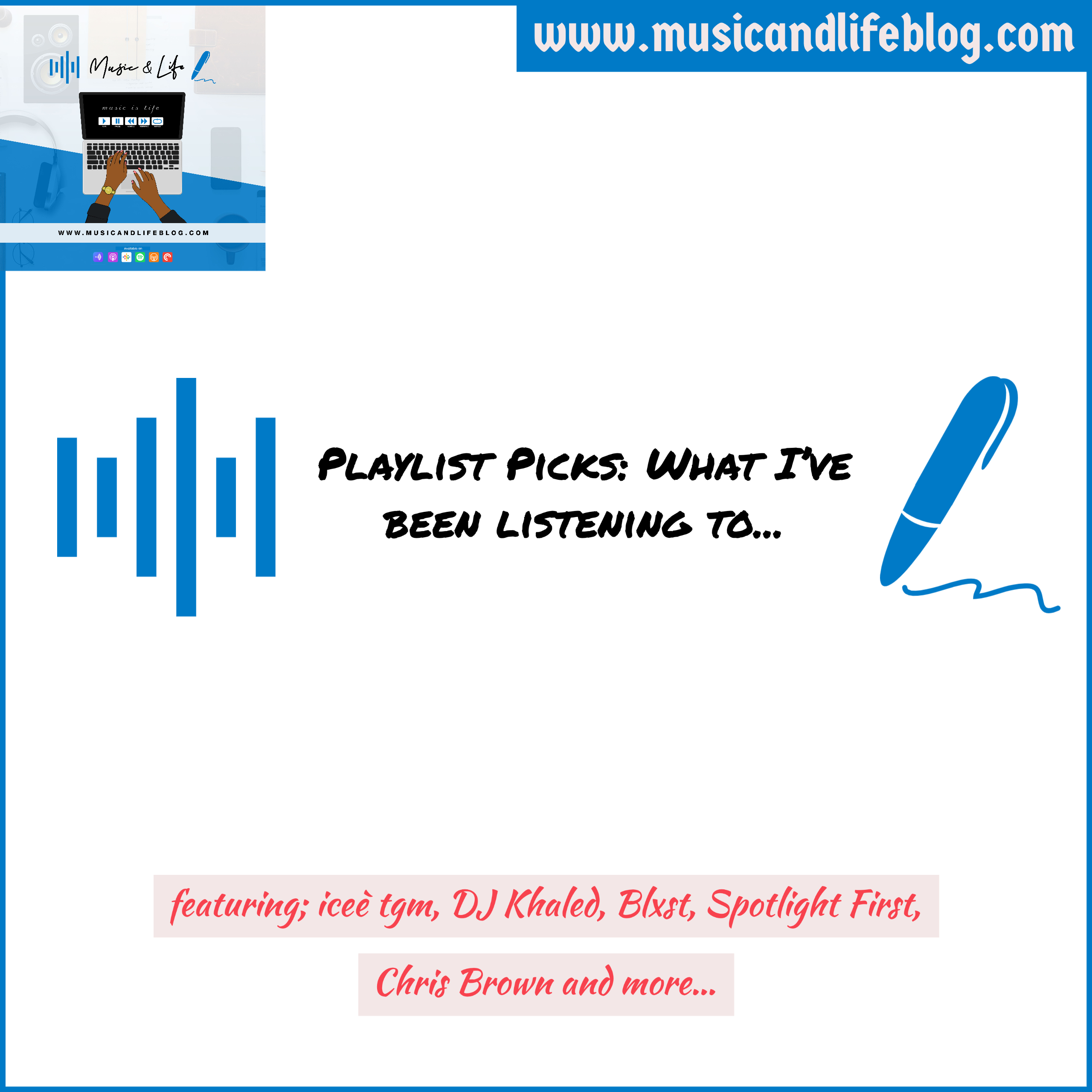 Hello everyone! I know it’s been a bit of time since my last music update but hope you are all doing well! As I mentioned before, I feel like my love for music has taken a bit of a back seat recently. I find it hard to get invested in certain music I used to love at the moment. I don’t know if it is due to the saturation of music nowadays or if it’s just me! Either way, I’m sure it will pass soon and with summer coming (hopefully at this rate), music is the perfect component.

I have however had a few songs on repeat recently so thought I would fill you all in. Check out the tracks below!

You probably recognise iceè’s voice from her feature on J Hus’ hit song “Helicopter” from his previous album. Her new single “TLC” highlight her versatility and crazy talented vocals again. With the sweet melodies in this track compounded with her nonchalant rapping style, you can see why she is one to watch. There’s no doubt this song will be embedded in your head after listening and the video is just as creative too. I’m hoping we get a project from her soon! Check out the song below:

DJ Khaled recently released his star studded album and as usual contained many many hits. I was impressed with the quality of the music as I was not a fan of his previous album. With every listen, I have a new favourite song. These are the 3 songs that have stuck:

DJ Khaled Ft. Bryson Tiller, Roddy Ricch & Lil Baby – BODY IN MOTION– Love this song! The fusion of these 3 singers fits so well. For me Lil Baby smashes this feature, definitely my favourite verse. Bryson does a fantastic job on the hook too!

DJ Khaled Ft. Jay-Z and Nas – SORRY NOT SORRY – The fact DJ Khaled was able to get Hov and Nas on the same track is crazy alone! Everyone was shocked to hear that this was going to be the features on this track. Both artists on this song demonstrate their maturity but also their growth in life. Nas spits on his Coinbase empire while Hov also raps about his equally bulging legacy. Both artists have come a long way from being rivals and it’s amazing to witness 2 greats in the rap scene (especially the NYC rap scene) coming together. The cheeky Beyoncè vocals were great too!

DJ Khaled Ft. Justin Bieber & 21 Savage – LET IT GO – The sentiment and message of this song is quite beautiful and very very true. Justin Bieber and 21 both nail the assignment. This song will be the motto of any stress I have in life!

I’ve preached enough about my love for Blxst! Blxst and Mozzy together is already a match made in heaven, so this song was guaranteed to be a banger! YG is great at adapting to his featured artists and he did well on this track. This is a perfect summer hit and the production is perfect. I can’t say a bad thing about a song featuring Blxst.

SpotlightFirst are back with another collaboration and this song is gonna be on repeat once you hear it. The Afro-Swing themed song starts off with Efosa’s sweet vocals and then gets even sweeter with the addition of Donalee’s vocals. Her voice for me stands out on the song and I will definitely be checking out her solo music. The third piece to the puzzle J Kaz also hits the nail on the head with his verse! The song has been added to my Summer ’21 playlist and can definitely see it being played at any upcoming day parties.

Following on from the success of the original, Chris and Thug are back with the remix! I really enjoyed this remix! For me, Future and Mulatto stole the show! It would have been nice to have heard Chris spit a verse too though!

When I first heard this song, instantly my ears opened up! The song samples the classic Duncan Mighty ‘Obianuju‘ song. Both Marzi and Odeal do an excellent job at modernising the hit and adding their own flavour! Sometimes it’s risky remixing a well known and well-loved song but kudos to them! I really enjoy this song!

Russ claims he’s on a challenge to release a single every week and I am all here for it! Last week he released this track and yet again he does not miss! Russ is able to display his rapping abilities on this track (the flow is a joy to hear), as well as producing talents! He really is a triple threat!