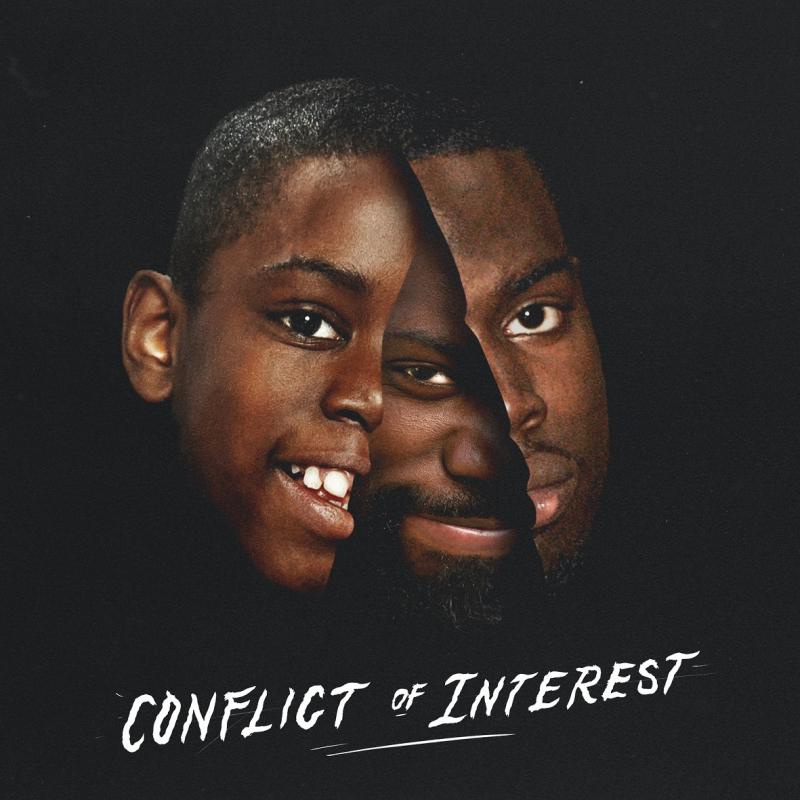 When you hear the word Ghetts in the UK, you automatically think of “Witty wordplays”, Grime Legend” or even “Storyteller”. All of these phrases are demonstrated to the highest degree on this third album.. If you are not a Grime lover or even aware of Ghetts’ music (Where have you been?) you can listen to this album and understand to a T who Ghetts is, what he stands for and how talented he is. Surprisingly despite his nearly 20-year career and with 3 studio albums, this is his first album released from a major label.

I am a Ghetts fan and have been for a while but I find with Ghetts, so much of his music and bars are overlooked due to the fact his talent is beyond many peoples understanding. In a recent interview, Ghetts stated that he had to learn how to make his music a bit more digestible to those who may not have understood before and it’s clear he put that into practice on this album. The evolution he has shown from a grime MC to a giant in the UK rap scene is incredible to witness.

When it comes to wordplay, Ghetts is without a doubt one of the best storytellers of our time. Every song he releases makes you think and want to know more. This album feels like an autobiography of his life as he reflects on his past, his present and his future. He reflects on his past via some mistakes, his successes and his growth. The maturity on this album is evident and is felt throughout. Here are some of the tracks that stood out to me;

‘Fine Wine’, the intro track of the album is the perfect startup and prep for the album. From the first line “Rudeboy, I’m the certiest“, you hear Ghetts making a mark and inserting his dominance. On this song, Ghetts speaks his truth and talks about the times he has struggled, where he came from and where he plans to be. He also admits that he is the best and a legend in the game. Quite rightly!

This leads perfectly into the next track ‘Mozambique’ featuring Jaykae and South African artist Moonchild Sanelly, where Ghetts samples himself with his previous song ‘Top 3 Selected’. I wasn’t a huge fan of the song when Ghetts released it before the album drop but the strings used on the album version of this song are sensational!!! The transition from the intro track to this song is also top tier. For me, Jaykae steals the show on this song, his verse is so smooth!

‘Fire and Brimstone‘ features a more mellow and calmed down Ghetts while maintaining his greaze. I liked the Dizzee Rascal samples featured too. The song touches on the realities of Ghetts’ life. Despite his success, he still faces regular troubles with the police and is constantly discriminated against due to the fact he is a black man.

If I was asked to play ONE song to explain Ghetts to someone that didn’t know him or his story, “Autobiography” would be the song from this album. Ghetts even slowed down his flow, still keeping it clear and precise. I recently listened in on a Ghetts interview about this album and he stated that with this song, he was trying to find different ways to say things about himself. After the decades Ghetts has been in the game, the fact it’s still interesting to hear someone’s life story is amazing. This is credit to Ghetts incredible storytelling ability.

‘Good Hearts‘ featuring Aida Lae is definitely one of my favourite tracks from the album. I was surprised at the change in pace for this track, being a Ghetts album but I loved how refreshing it felt. This song feels like an old school garage track, the kind of song you would have blazing from speakers in the blazing sun! This track also emphasises the versatility of Ghetts. His flow on this song is as flawless as the slowed paced song previously. I can’t wait for summer to really take advantage of this song! Nice to also point out there is a great message too “A good heart don’t come around often, if you’ve got one, then cherish that organ” FACTS!

The only word I can use to describe On this track Ghetts pours his heart out “Next time I see cupid cock back I’m shooting right back. Dat’s bang bang bang loves dead to me. Bang there’s no love left in me” indicating he’s been hurt in love (Something I’m sure we can all relate to). I love when rappers like Ghetts who are known for their greaze, power and fire provide us with songs that show their vulnerable side. In terms of storytelling, this is why Ghetts is one of the best. The imagery in this song is conveyed so well through Ghetts’ bars. This may be one of my favourite Ghetts songs in a while. I love how the beat also slows down during the verses when Ghetts gets deeper and picks up again for the chorus. It’s almost as if he uses the verses to reminisce and recount and the chorus to pick himself back up.

I was so surprised when I saw the tracklist for this album and saw that ‘10,000 Tears‘ featured Ed Sheeran. I know they have collaborated before on Ed’s No. 5 Collaborations Project but I wouldn’t have originally thought to put Ed on a Ghetts album. Unlike the last song, this track is more mellow and calm but I also want to note that Ghetts is actually singing on this song and it works!!! Yet again, another track on the album that demonstrates Ghetts’ versatility, loved his patois on this song. I really enjoyed Ed’s flow too, it was as if both of them switched up their usual styles and swapped it a bit. It’s also great to hear Ed on a song again! I can imagine this song being a chart hit and really hope they bring out visuals to this song!

‘Sonya’ featuring Emeli Sandé is another beautiful laid back song. The song samples Bone Thugs N-Harmony’s “Foe Tha Love of $” and Brian McKnight’s “Anytime”. On this track, Ghetts reflects on a lady named ‘Sonya’ with who he holds a strong bond as she held him down throughout his struggles. The story ends on a cliffhanger and Ghetts stated that there may possibly be a part 2 to follow the story. Emeli sounds sensational on this track unsurprisingly.

‘No Mercy‘ was already released and features Pa Salieu and Backroad Gee. I already was a fan of the song when it came out. Each featured artist carried their weight which is hard when you are on the song of a legend like Ghetts. The beat production is my favourite part of the song. It’s insanely catchy and a great greaze Ghetts song. Ghetts pointed out that this is one of the songs he created to provide a connection between his audience. The chorus would be great for him to perform at a live show.

‘Crud‘ featuring Giggs doesn’t even need too many words to describe it. All I will say is it is a blessing to hear two pioneers back to back on a track doing what they do best.

‘Little Bo Peep‘ featuring Dave, Hamzaa and Wretch 32 was the perfect track to round off the album. I liked the subdued sound of Ghetts, Hamzaa and Wretch leading into the lessons Dave starts to speak about. The song which is six minutes long serves as an overview of where Ghetts is now in terms of his life and career. The arrangement of the song is even more important as it seems like Dave’s verse is an answer to all of Ghetts’ questions in his verse and throughout the album as a whole. The song gives lullaby vibes while providing a strong ending to a journey of an album. Even with the ending of an album, he still maintains the high quality.

Overall, this album exhibits the growth and maturity of Ghetts. It almost feels like a rebirth of Ghetts and shows he has no desire to slow down anytime soon. For an artist to describe his life with nearly 20 years in music and still make it sound authentic and refreshing is a talent in itself. While some may argue that sometimes there may be a disconnect between his songs and people actually taking it in, this album eradicates all fears. In the words of Ghetts, he will convert all non-believers with this album. Ghetts always provides a new insight with his music and that’s what keeps it exciting and keeps him in the top tier of UK rap. This album is the perfect example of what an album should be.

I have personally had the album on repeat since its release and I truly believe it’s an album that will linger in our minds for a very very long time. The best albums always do.

Check out his interview on the album here:

One thought on “Album Review: Why I believe Ghetts’ – ‘Conflict of Interest’ is a masterpice!”