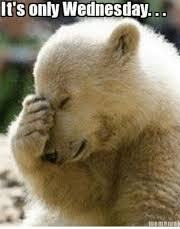 Hey guys! We’re halfway through the week! It’s been one of those weeks where everyone I have spoken to has expressed their tiredness! I’ve put down 3 songs I’ve been listening to, some new and some older. Most of the songs have that calming vibe that will hopefully comfort you this ‘long’ week. Have a listen below!

I love discovering new artists and hearing people with unique sounds. Bellah ticks all those boxes with her debut single. I’ve had this song on repeat since I first heard it. I love how calming the song feels but also is the kind of song you can blast on your speakers. I read an interview where Bellah talks about the idea that sometimes closure from a relationship can come in different forms. She sings in the song “My diary’s a waste of paper ” as she stated previously she got tired of writing down her feelings. For Bellah it seems singing her feelings was a kind of therapy for her. I look forward to hearing more music from her in the future.

Check out the song below:

Draaaaaaakkkkkkkeeeeeeeeee????? Okay! This is the OLD Drake! I love his feature in this song. He came in so smoothly. The song reminds me of old school Drake as well as his song “Teenage Fever”. Summer uses the song to argue the double standard associated between men stating what they want openly while women are taught to be silent. I liked how Drake’s verse balanced Summer’s especially when he sings “Pleasure not meant for one side, you should just do what’s best for your mind”, which compliments the message of the song.

Have a listen below

This song released a couple years ago is another song that fits with the chilled theme for this post. Stwo, a producer with credits such as “Weston Road Flows” by Drake recruits Jeremih for this hit. Jeremih serenades the woman in this song repeatedly singing ;”Do you know what it feels like to fall in love”.

Have a listen below :