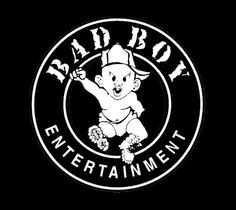 In honor of Throwback Thursday, today’s theme is dedicated to hits from the Bad Boy franchise! The Label was founded by Diddy in 1993 and is one of the most known African American labels. The label is the home for so many greats including Biggie, Mase, Lil Kim, 112 and many more. During the 90s, it’s safe to say this label dominated many of the charts and even in 2019 are still consistent!! When you think about some of the hits released from Bad Boy, they were pioneers in the rap and hip hop scene. Even till today, their songs are being used as samples . I have left out songs originally by Biggie as I have previously written a post just for him and wanted to focus on some of the other Bad Boy artists.

Here are just a few classic hits from the Baaaaaaaaad Boooooooooyyyyy franchise!

The original of this song was actually the first song released from the Bad Boy label. The remix is my favourite version. The song contains a sample of “We’ve Only Just Begun” by O’Donel Levy. However, this song was also sampled in the Jennifer Lopez and Ja Rule single, “Ain’t It Funny (Murder Remix),” as well as the song “Don’t Leave Me” from the Backstreet Boys. R.I.P Craig Mack!!

‘Lookin at Me’ was the 3rd and final single released from Mase’s debut album ‘Harlem World’. The song was produced and features Diddy (he was known as Puff Daddy at the time). The song is based on the idea that when these men go to the club with their ladies, their “ops” always stare not realising that the woman is just as fierce.  It’s funny because I always felt like Mase sounded a lot like Diddy so hearing this song it takes me a while to realise who is rapping in the verse. The infamous first verse contains “Now what the hell is you lookin’ for? Can’t a young man get money anymore?” which has been referenced in so many modern songs including Kanye West’s song ‘Theraflu’. Have a listen below;

Can you believe this the first single from Diddy?! The song is possibly one of the most important Bad Boys songs as it signalled the beginning of dominance for this record label. If you’ve heard Drake’s song ‘4PM in Calabasas’, you’ll recognise that Drake uses the Diddy sample in some of the song. He also sings “They look at me like the golden child…Can’t nobody hold me down” (in the same tune as Diddy did). This is further proof that Bad Boy records were the starting point for many of the songs released nowadays. Have a listen to both songs below;

Peaches and Cream!!!! What a classic song! This is one of those songs that can never get old in my opinion. As soon as you hear “From the car to the bar, from the bar to the telly, your neck to your bra, your bra to your belly”, you know what time it is!!!. I prefer the remix with Diddy but the original song is also great! Have a listen to both below;

I feel like this is one of those songs that most people my have heard and not known who sang it. This was the debut song for group 112 and what a song to burst onto the scene with!! For me, growing up this song was played a lot and I loved the video which was filmed in Times Square. The infamous line “Bad Boy get more money than you can count” still gets me today.

“Bad, bad, bad, bad boy (Yeah), you make me feel so good (Bad boy)”…This song could be argued to be one of the most popular Bad Boy songs! This is Mase’s first single from his debut album Harlem World. Honestly Mase sounds exactly like Diddy, this is another song I had to double check who was rapping. Mase’s style of rapping was so chilled and laid back which is a big difference from some of the rappers today. He had one of the cleanest and smoothest flows I’ve heard from a rapper.