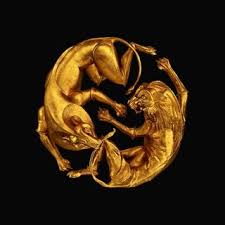 Beyoncé recently blessed us with an album inspired by the newest remake of Lion King. It’s so good to hear new music from Beyoncé but even more exciting to hear she took a different approach to the music this time.

The album is mixed with interlude’s with clips from the film as well as new original songs with Beyoncé and some of the best African singers. I’m gonna talk about some of the songs that gripped me the most.

This is a great intro track as it really does soothe us in. To me, this song feels personal to Beyoncé herself as well as relating to the Lion King and it’s surrounding themes. She mentions “Trying to be a good wife, still really hard, I can’t lie” matches some of the content in some of her other songs. The idea that not everything is as easy and nice as it looks, in life there are challenges and we have to go through them. I feel that for this song Beyoncé encourages us all to see we are “part of something way bigger” in the sense that there is so much more to life. This relates to a scene in the film where Mufasa tells Simba something similar. Have a listen to the song below:

This is the first feature of Africa on the album and the song features 3 Nigerian artists. As a Nigerian myself, this of course is one of my favourite songs. From the first second I feel the African drums and you know this is going to be a good song. Throughout the song Tekno says “Sheep don’t run with lion…Snake don’t swing with monkey” which makes me laugh as it is such a typical Nigerian/African saying to have. The song also features a bit of Igbo (A Nigerian language) and Pidgin language. Yemi Alade starts her verse saying “Oh Oh Odogwu (Odogwu), abeg make them talk” which is a reference to a man in a high position, she is asking him. The song does not actually feature Beyoncé vocals which is even more refreshing. I say refreshing because it is nice for Beyoncé on her own album to give the stage to others to showcase their talents too. I like how respectful and inviting she has been in regards to Africa for this album.

Yet again, Beyoncé passes on the stage to someone else and in this case it is Nigerian superstar Burna Boy. For anyone that is not familiar with him, please search him up and look into his own music, for me he is one of the best current Nigerian artists. In this song Burna Boy does his thing while referencing “watch out them for them hyenas” which could be very ambiguous. It could be literally in reference to the film as they are the ones that caused the most trouble. In addition to that it could be a reference to life, where people who are like the hyenas are those that look forward to your weakness in order to pounce and take advantage. Stay away from people like that. The title of the song is a Yoruba term meaning “wise up” which could mean stay alert at all times and be prepared.

This is a celebratory anthem that I love! Personally I don’t think Jay Z was really needed on the project however it would be strange to have a Beyoncé project without her featuring her husband. The song features an intro from another African star, this time coming from Mali, singer Oumou Sangare. In the song Beyoncé sings “‘Cause every day above ground is a blessing” and Amen to that! In Hov’s verse, he name drops some of the legends; Nelson Mandela, Nigerian artist Fela Kuti as well as Biggie and Prince. The song is just a feel good anthem, perfect for the summer!

Where do I even start with this song?! Before I even get into the lyrics, I just want to point out that for me, this song has one of my favourite productions. The beat is so simple but so effective. I’ve seen so many challenges where young girls have been dancing to this song and I can see exactly why they love it. It is such a feel good song to heat. I know this is one of the most popular songs from the project and with good reason. This album as a whole I feel, was a way for Beyoncé to pay homage to the African culture which inspired Lion King. This song pays homage to black women and brown skin, dark skin women in particular. Beyoncé wants these women to embrace and be proud of their skin and celebrate it. I love how she puts her daughter Blue Ivy in the song as she sings; “Brown skin girl, your skin just like pearls” to give it a more personal touch. Beyoncé also name drops some dark skin celebrities; “Pose like a trophy when Naomi‘s walk in, she need an Oscar for that pretty dark skin. Pretty like Lupita when the cameras close in…Drip broke the levee when my Kellys’ roll in”. Those that are young listening to this song can know there are so many role models that look exactly like them which could comfort them.

There are so many beautiful words Beyoncé sings in this song. One of my favourite lines is when she says “Melanin too dark to throw her shade” and “Same skin that was broken be the same skin takin’ over“. That last quote is so powerful, it shows the contrast between the way black skin was discriminated against leading all the way back to slavery and now when you look at countries such as America (even with those she name dropped as examples) we are now “taking over”.

Personally when I first heard the song I felt very emotional because I know the criticism and isolation many brown/dark skin women have faced growing up. This song is a perfect love song to them with the lesson to be proud of who they are. This is such a powerful and uplifting song that I hope is played for many generations to give hope and confidence to future ‘Brown Skin Girls’. Have a listen below:

Nigerian matriarch Tiwa Savage takes control of this song. It took me a few listens to get into it but now I feel it’s a song that you can have playing in the background and just vibe along to it. I like Mr Eazi’s addition to the song too.

YES!!!!! This song is such an anthem!!!! I LOVE how dedicated Beyoncé was to incorporating an African sound in her own voice with this song. It just shows her versatility just in case people ever doubted her. The way she pronounces and emphasises the word “Already” is such an African way. African’s will hear it but it may go over the head of others. The song features Ghanaian star Shatta Wale and American dance trio Major Lazer. Since listening to the album, this song has been on rotation! The song has references to Lion King where Beyonceé sings “Long live the king” which is what Rafiki says to Simba. Shatta Wale had a blast on this song and his addition really added an authentic vibe to the song. I will definitely be playing this song for a long while to come. Have a listen below:

I really REALLY like this song. I feel this is one of my favourite ballads from Beyoncé in general. The song exudes so much raw emotion from me and gives me a sense of spiritual energy. Listening to this song for the first time literally made me weepy and I have no idea why. Beyonce’s voice in this song is just out of this world, I can’t even express the power. The video is just as beautiful and having watched the video before I saw the film, when I saw the exact scene in the film, it had a different meaning for me. The song is extremely uplifting too; “Your destiny is comin’ close, stand up and fi-i-i-ight” meaning never give up! If there was ever a doubt that Beyoncé has one of the most incredible voices in our lifetime, this song will put that debate to bed. Beautiful, beautiful song.

I also recently read a beautiful review on this album via the newspaper ‘The Metro’. Have a read below: