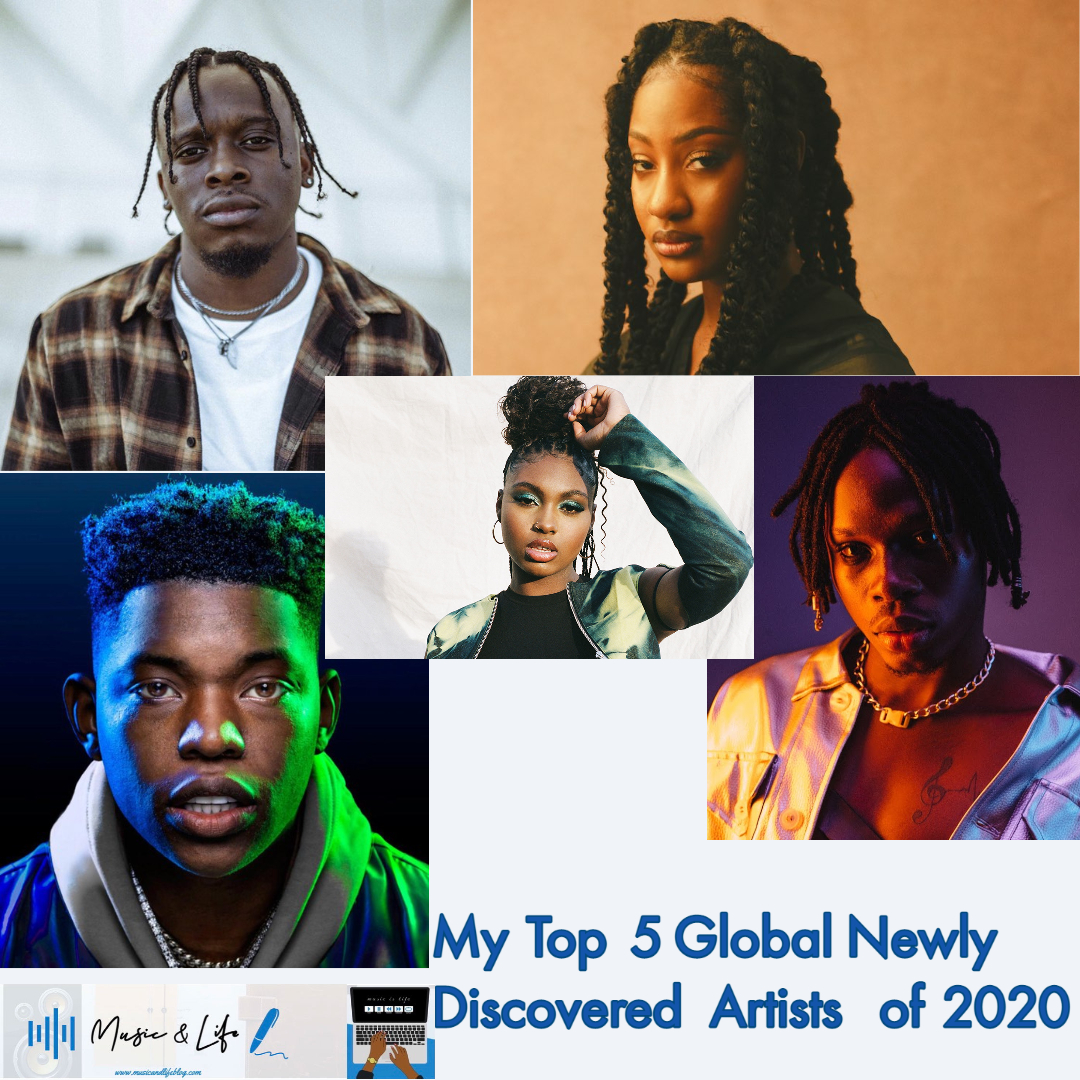 Hello everyone! I’m sure you’ve all read my article for Spotlight First where I discussed my top favourite newly discovered UK artists! If you haven’t, please check my previous post!

This post however is dedicated to my top 5 newly discovered artists from around the world! 2020 as I said before has been a big and monumental year for us all. Unfortunately, most of it has been filled with anguish, fear and uncertainty. Music however has been the one consistent thing throughout the year! Despite everything, it’s wonderful to have discovered and stumbled upon so much new music to enjoy this year. Have a read below of the artists!

Where do I even begin with Tems??! What a voice!! I could listen to her all day! Nigerian singer Tems dropped one of the best projects of the year in my opinion and earned her place in my top artists of this year. Her voice/sound is sensational as she delves into a bit of alternative R&B, afrobeats and Neo soul. This has been her breakthrough year with the success of her debut project as well as featuring on Wizkid’s recent album. I really believe this is just the beginning for her and we are yet to see the pinnacles she can reach! Can’t wait!!

Favourite Track from her this year: Damages

I was so happy to stumble upon Blxst this year. I think I missed a sound like him without even realising. As a producer as well as a singer, he’s clearly a talent in all areas! He can rap, sing and actually make excellent use of legendary samples!!!During the chaos and madness of 2020, his music is comforting to the ear. I am so excited to hear more music from him in 2021.

Favourite Tracks from him this year: ‘Overrated’

Yung Bleu’s “You’re Mines Still” remix with Drake will definitely be in a lot of peoples top songs of 2020!! I first listen to Yung Bleu on his original of that song. Drake’s feature however levelled the song in a way that only Drake could do. Despite the song, Yung Bleu also dropped a great project and has gripped many with his melodic sound. I really love his sound will be rooting for him in 2021. I think he would be great as a feature artists on some hooks too!

Favourite Track from him this year: ‘You’re Mines Still’

I actually can’t believe this is the year I discovered Fireboy DML as he has an album that he released in 2019. His song “Champion” was one of my most played songs and I feel he really delivered on his second album “Apollo”. He refers to his music as “Afro life” as it contains all sorts of sub-genres along with afrobeats.

Favourite Track from him this year: ‘Champion’

Tiana has actually been about for a while however I only really took her in this year. She featured on UK rapper Stormzy’s song “Rainfall”, from his recent album released in December 2019. The song was actually one of my favourite tracks from the album. Fast forward to 2020 and Tiana is being nominated for Grammy awards for her hit song “Collide”. The song also featured on the soundtrack for the ‘Queen & Slim’ movie. I’m sure this is just the beginning of her global impact and 2021 will be an even bigger year for her.

Favourite Track from her this year: “…Exclusively”

Coming Up: My favourite projects of 2020…