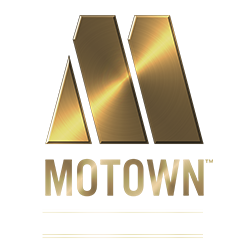 Hello everyone! Today’s post is based on Motown hits/era. After the Grammy tribute last week it got me reminiscing. Motown is the name a record label originally founded in 1959, the label/lifestyle played a huge part in the fusion of African Americans in popular music. Artists such as Diana Ross, The Temptations, Stevie Wonder and The Jackson 5 to name a few. Eventually Motown became more than just a record label but a genre of music. Here are a list of a few of my favourite Motown hits!

This is one of my all time favourite songs! The song was featured on Gladys Knight & the Pips’ 11th album “Imagination.” Personally I believe it is one of the greatest love songs I’ve ever heard. One of my favourite lines that is repeated throughout the song is when Gladys sings ” I’d rather live in his world than live without him in mine”. Throughout the song she sings about a man that has to leave and travel to Georgia while she is in LA.
It seems like he did not find what he was looking for; “He kept dreamin’ (Dreamin) Ooh that someday he’d be a star (A superstar but he didn’t get far)”. Gladys is saying that she loves him enough to leave her “world” and her home to go and join him in Georgia (his world). There is no love without some compromise or sacrifice and this song is a prime example of both.

As a 25 year old, Motown is not really my generation however with timeless music, no matter your age or generation you are almost guaranteed to hear a cover or an adaptation somewhere. I first heard this particular song on the teenage show ‘Sister, Sister’. The song is a real dance song and the way they belt out “Do you love me” throughout the song will have you wanting to dance along. In the show i saw it, the sisters Tia and Tamera were performing it with their friend Ray who happened to have a crush. The scene was quite comical which played into the theme of the song. Have a listen to the song below.

“You can’t hurry love, no you just have to wait…she said love don’t come easy, it’s a game of give and take”, classic words sung by The Supremes (with some vocals from Diana Ross). This song focuses on the idea that nothing in life can be rushed like love, you have to give it time. The whole song is based on the advice a mother has given advising her daughter to have faith regardless of heartbreak or the fear of loneliness, the right person will come along. Have a listen below:

A classic hit! This song which I believe is co-written by the legend that is Smokey Robinson is a song which is played even till today. A beautiful love song. The song reminds me of a sonnet. The men sing about how love makes them feel due to a specific girl; ” I’ve got so much honey, the bees envy me, I’ve got a sweeter song than the birds in the trees…all these wonderful emotions they receive from being in love. Have a listen below:

As soon as I hear the intro beat of this song i’m ready to burst out into song. Michael and his brothers as young as they were, hit all the notes in this song beautifully. It’s hard to believe that 11 year old boys were the ones singing this song. I also like the use of the instruments throughout which gives it a feel good factor.

Its a wonder how much bigger the late Tammi Terrell could have been if she didn’t unfortunately die so young. Tammi and Marvin Gaye always made a great duo. This song apparently was recorded while she was recovering from a surgery following her cancer diagnosis. This song has gone on to feature in many romantic films and with the words they sing it’s no surprise.