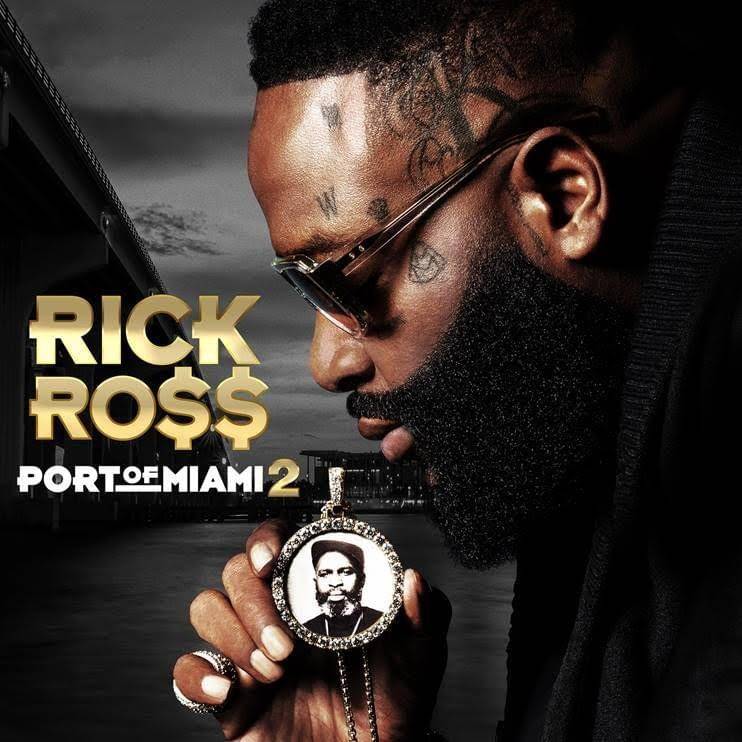 I’m sure I’ve expressed before how much I love Rick Ross. He is without a doubt one of my favourite rappers currently. For me, Ross has the unique ability to provide us with a song that will have you thinking about so much. His flow and ability to get across his meanings remind me of Biggie, who is my ultimate favourite rapper. I always look forward to his albums because they always display the versatility of Rick Ross via his ability to spit bars on so many different kinds of beats. This album did not disappoint. Here are my opinions on some of the songs from the album.

This song was previously released before the album dropped and I still really like it. As an intro to the album the first line doesn’t get better; “It’s a beautiful day to get some money“, think that line sums up Rick Ross as a whole being the boss he is. I’m a fan of Wale and his wordplay is always spot on. Wale and Ross always work well together. Have a read of my previous review on this song here; https://musicandlifeblog.com/2019/07/13/new-music-saturday-what-ive-been-listening-to-this-week/

‘GREAZE’. That is the word I would use to describe this song. As soon as the beat drops you know what time it is. Gunplay adds another form of aggression which I like. I don’t think there would have been anyone else that could have done the song justice more than him. The title of the song is quite interesting as Rick Riss claims that despite his success and talent, he is not usually considered people’s favourite in terms of rappers. Ross explores a truth here in the fact he has always been consistent. While some rappers may disappear and re appear regularly or have good times and bad times, Rick Ross has been consistent with his success. I hope that people start to appreciate Rick Ross a lot more. A lot of the reasons Nipsey Hussle is loved is due to the fact he always teaches us about ownership, giving back to your people, multiplying your money with businesses. All of these things Rick Ross has been doing too.

“My new house is on the river so I had to buy a boat, better yet, it’s called a yacht”

A very big contrast to the previous song. This is a slowed down song for Ross which we know he can do so well. Summer Walker’s line “All I ask is that you hold it down for me ’cause you told me you would be my everything” echoes throughout the song. This is the versatility of Rick Ross and one of the unique things about him. He can go from sounding like a boss and someone not to be messed with from one track to this softer side displayed in this track.

If I heard the instrumental to this song without knowing who was on the song, the first featured artist that would come into my head would have been Meek Mill! In the song they talk about the downsides to fame and success and nobody explains pain more than Meek Mill. A line that sticks out for me from Ross is; “Half my team illiterate, I know it sound pathetic
But we can each get a brick that’s on a line of credit“. The sad reality that due to some of their environments, many are not even educated. Meek Mill comes in saying; “Uh, I only remember nights that was post-traumatic
So I’m never actin’ bougie like I was supposed to have it” meaning he is always thankful for what he has now. He knows and has lived through the struggle to get to his position now. Meek and Rick Ross always have great songs together and knowing the great relationship they have aside from music is great to know. Rick Ross is the king of showing us his flashy lifestyle but he never hides the struggle that comes with it. He paints a very realistic picture through his rapping, another reason I really like his music.

This is the last feature Rick Ross has with the late great Nipsey Hussle. Following on from the theme of the previous track Rick Ross says; “I’m just here to keep it real‚ not make you feel worse” reminding us what he is trying to do. In Nipsey’s verse he talks about the rise in Hip-Hop music and “How many niggas on your payroll?” meaning how many of your own people are you putting on. Nipsey was always consistent with the messages in his raps and it’s still a tragedy that we won’t get to hear from him again. Teyana Taylor provides a nice tone to the song too. Have a listen below;

The beat on this song is wonderful! Not much more to say on this one so have a listen below.

I really like the vibe I get from this track. This song is quite personal as it starts off with a reporter referring to the time Rick Ross was hospitalised. We see a more vulnerable side to Rick Ross as he starts off the track by saying; “Wake up out a coma, frozen in the moment you could have the biggest clique, but you gon’ die a loner“, the reality that everyone dies alone. Regardless of whether you are the most popular or if you have the most things, you die alone. The near death experience seems to have been a wake up call for Ross; “I’ll give you back the money just to get my health“. I think this song is just a reminder of how the most important thing to have in life has nothing to do with wealth or chains or cars or anything materialistic. The most important thing in life is to have good health.

I think this is my favourite song on the album at the moment. I recommend that when listening to this song, you have it connected to speakers with an excellent base to really appreciate the beat. The song refers to the idea that these men are in charge of their local hoods. In the song they are talking to their women in question letting them know that they have to understand their lifestyle. The idea that they won’t be coming home as they have work to do. Prior to the song I had not heard much from Denzel Curry but I am interested in hearing more from him. His verse in this song was my favourite. His flow and wordplay was so exciting to hear. Denzel even makes a random reference; “Like Stanley Yelnats, he caps, his head red” referring to the main character in the film ‘Holes’. What a random reference that fits so well. He was definitely the standout on this song!

“Went from sleepin’ on the floor to pissin’ Moët“

This is pure Rick Ross. No features, just Ross slaying a beat as usual.

This isn’t my favourite song in the numerous Maybach Music songs but I do however like the Lil Wayne feature. We don’t hear much from him so it was nice to hear a little verse.

Check out my previous review on this song here https://musicandlifeblog.com/2019/07/30/new-music-what-ive-been-listening-to-4/

One thought on “Album Review: Rick Ross; Port of Miami 2”