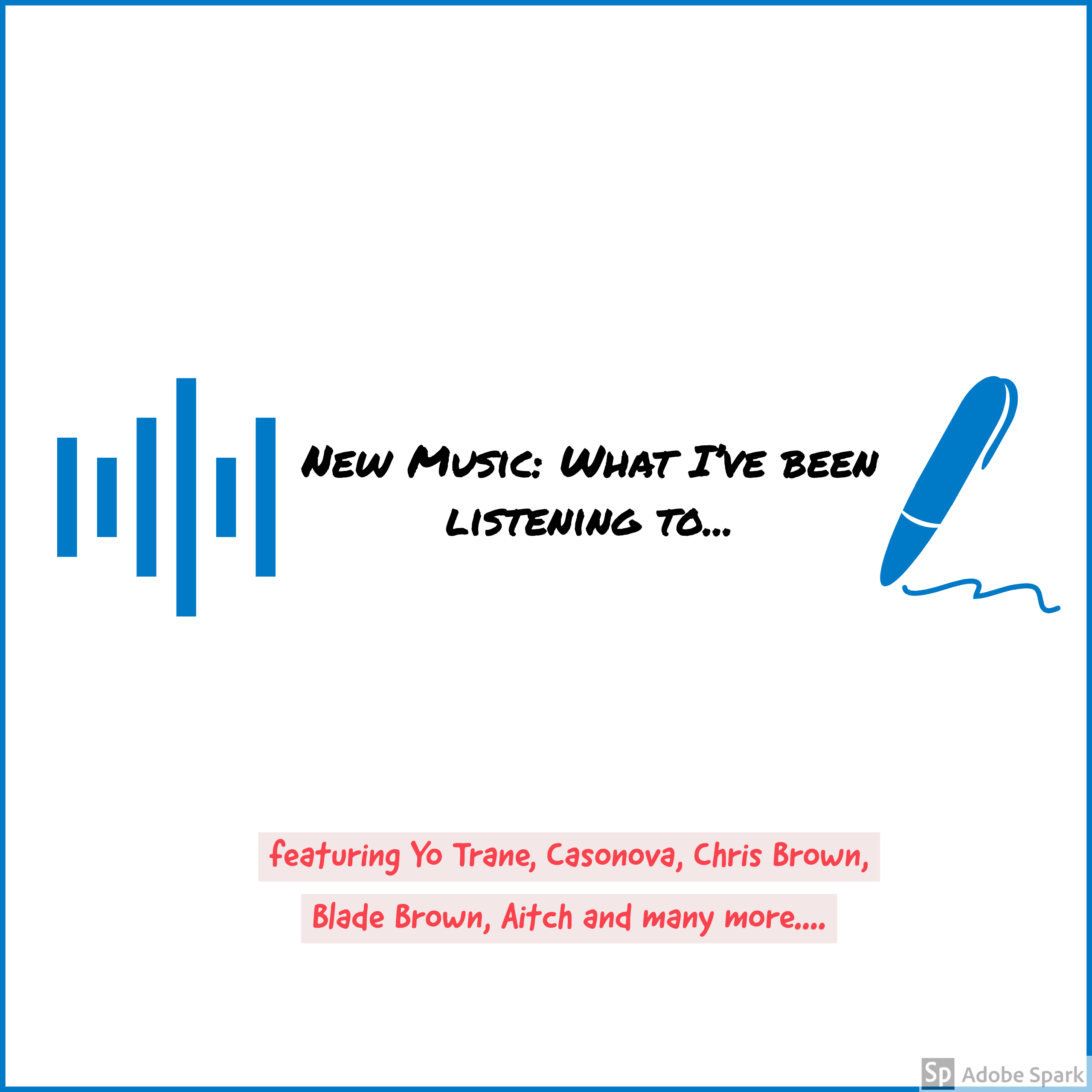 Apologies for the wait for a new post from me! There has been so much new music out in the past few weeks! I love this time of year as the “summer hits” die down and we start getting album releases and EP’s as the concert season starts again. I will be doing a few album reviews soon but for now here are some songs I’ve been playing on repeat…

I don’t even know where to begin with this track. Firstly can we talk about the fact the sample is from one of the best songs from Case and Joe released almost 11 years ago! The original song was called ‘Faded Pictures. As soon as I heard Casonova’s song I knew where the inspiration was from instantly. A slow jam classic. Casanova and Chris did the sample justice and this new version is great! As usual Chris Brown kills every single feature he hops on and amazes us every song with his vocal ability. This song has been on repeat since I heard it. Have a listen below and have a listen to the original;

I am SOOOOOO excited about this new release!!!!! I am a BIG fan of Yo Trane. His ‘Late Night Drive’ EP is one of my favourite R&B projects in the past 3 years. His music makes me feel every emotion possible and his production is always so complimentary to the song. I think he is one of the few artists that could release a project of all his instrumentals and I would still have it on repeat. I really hope this is the first of more new music this year released from Yo Trane. I’m really hoping he drops another project soon too. R&B can be played all year but in summer it is appreciated even more. Have a listen below;

Hearing Lauryn Hill on a song will always make me feel some kind of nostalgia. I really enjoy Pusha T and Lauryn on this track and after hearing the song was recorded in late 2015 I can hear why. I like the sentiment behind the song with the idea that love is the answer to so many questions. Lauryn sings; “When love is gone, you hold onto anything, some do wrong, just to feel anything but when the void is filled, you stand up to anything“. The words remind of the song by the Black Eyed Peas called “Where is the Love?”. Pusha also addresses the idea that Black people have had good activists that have stood up for them in the past. He also addresses the idea that Crack Cocaine was initially sold to Black gangs to benefit and profit the US government however it started an internal rivalry between Black gangs. Have a listen below;

KYLE Ft. Teyana Taylor – F You I Love You.

I heard this song at an event last week and added it straight to my playlist. It’s one of those songs perfect to play in the background when you want to chill. I actually had to shazam the song as I did not recognise Kyle’s voice. I will be checking out his other music as I like the tone of his voice. In this song he is able to sing along and find a way to sing with the deepest tone in the same sentence. Of course Teyana sounds perfect in this song as she is able to demonstrate her talent through her wonderful and unique voice. Have a listen below;

Man of the hour Aitch has released his anticipated second EP today, Friday 6th of September. I have not listened to the whole tape properly and digested it all however this is one of those songs that grab you from the first listen. I knew from the lineup that I would be a fan as Mo Stack an Steel Banglez rarely make a bad song. As usual Mo Stack uses his cheekiness to provide us with a memorable phrase. He says;

She said “Men are trash”, I said “Yeah, that’s true”
But you’re the company you keep and I’m chillin’ here wid you
So what does that make you?

The song is quite slowed down which if you’ve heard many of Aitch’s recent music, is a nice change. I think this will be a fan favourite. Have a listen below;

This is my favourite song from the Blade Brown project. Such a hyped up song! Have a listen below;