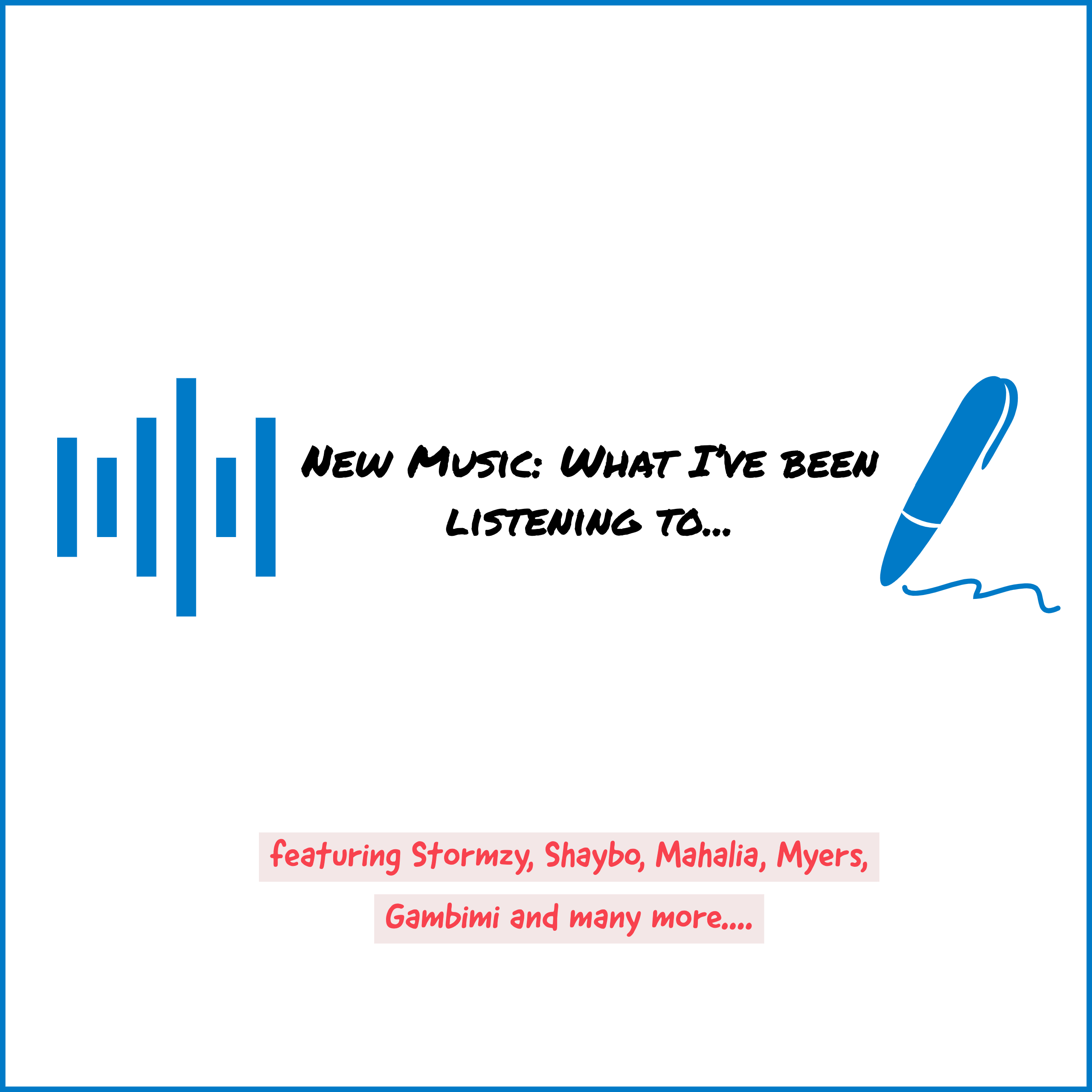 Hello everyone! It’s that time of week where I bombard you all with a list of what I’ve been listening to the past week! It’s been a while since I have updated you, have a look below of all the music that’s been on rotation.!

There has been a lot of noise and controversy in the UK grime scene surrounding Wiley. If I’m going to be perfectly honest, I have no idea what started Wiley’s frustration. With this track Stormzy paves homage to one of the grime pioneers Wiley. The beginning of the song starts with a snippet of a clip where Wiley refers to the fact that everyone else in the scene are his “youngers”. Stormzy uses this to flip and relate to his song by referring to his own success. I feel that this is the Stormzy I prefer in comparison to his more commercial songs like “Vossi Bop”. Stormzy when he is raw for me is when he’s at his best, listen to his freestyles like “Standard” and “Scary” for examples.

This song has blown up thanks to the power of the internet. I came across the song and video on twitter and have been playing the song ever since! I love the fact there are more female rappers coming up and even better them being British. There are a few really good British rappers in comparison to the men. Shaybo brings a uniqueness to her rapping as she spits in the Yoruba dialect too in this song. Yoruba is one of the many languages spoken in Nigeria and it is great she is able to incorporate both her British and Nigerian identity in the song. For those that aren’t aware, “Ya Dun Know” is a common slang used a lot in London and is a term usually used when someone is bigging something up. The accompanying video is good too, simple and fitting to the song. I also liked how she referenced her old video where she was much younger so we could see the growth in her music.

Mahalia Ft. Ella Mai – What You Did

I’m a big fan of this collaboration, women are really taking centre stage in all genres nowadays, rap and r&b are just examples. In this song we hear samples from Cam’ron and Juelz Santana’s hit song “Oh Boy” as well as Norman Whitfield’s “I’m Going Down”. The song exudes female solidarity in the face of a lover ho has wronged them. One of the lyrics that stand out for me are from Ella Mai’s verse where she sings “Oh, it’s funny how right when I let my guard down you play around”, I’m sure many women can relate to this line. I like in the chorus that they flip the scenario; ‘Cause I would not expect someone to stay around If I let them down, oh” insinuating that if they had wronged their lover they would expect them to be reacting in the exact same way. I hope this is the first of more collaborations between this two, their singing styles compliment each other very well.

I’m sure everyone is now aware of the Netflix series “Top Boy” that was released on the 13th of September. The original soundtrack has been released and while the album is great and filled with the finest UK talent, there was 1 song I feel should have been on there. While watching the series, this song in particular stood out to me. I had to shazam the song as I had no idea who was rapping. Since discovering, I have had this song on repeat. The song touches on the gritty street life which evidently was very relevant for the episode. Have a listen below; ( Also check out Bugzy Malone – Die By The Gun)

“I’ma break you off, let me be your motivation” is what I’ve been singing since I heard this song. Normani who is famous for being a apart of the group ‘Fifth Harmony’ finally spreads her solo wings with this debut single. I have a feeling she is one to watch. The song is great and the video is absolutely mind blowing. Her talent spreads from vocals to dancing and it is clear she is finally showing the world her talents. I am here for any success she has in the future!!!

This is one of the standout tracks on the Top Boy soundtrack for me. Dave outdoes himself with his witty wordplay in this song. I loved the Terminator “Not around no more” reference as that fir perfectly with the line he was spitting. I could be here all day picking out the talent behind some of the bars in this song. Have a listen below;

UK artist Gambimi caused a storm last week with a video on his Instagram that went viral showing him pleading a lover to forgive him for his wrongdoing. All of this was the lead up to the release of this single. The famous words “Can we fix, can we blend, can we contour” are possibly what stand out in the whole song. Personally I have been listening to Gambimi’s music for a while. He used to release songs regularly on SoundCloud. I feel his voice is a mixture of Trey Songz and UK singer Angel. A soothing R&B sound with the right kind of rifts and harmonies. Have a listen below;

Quality Control have released a new album entitled; Quality Control: Control the Streets Volume 2. One of the things I like about QC as a label is their appreciation and support of female rappers. This song features their female Queens City Girls as well as new signee UK rapper Stefflon Don. We also are treated with an addition from Renni Rucci and Mustard.