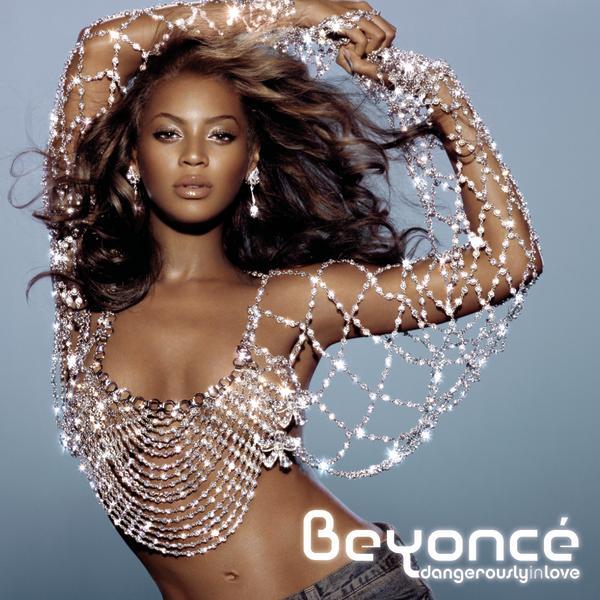 It’s that time again when I discuss a throwback project and this time I wanted to focus on everybody’s favourite singer Beyoncé and her debut solo album ‘Dangerously In Love‘. This album, released on June the 20th 2003 was monumental for so many reasons; one of them being that this album propelled Beyoncé into even more superstardom and established her as a credible solo artist.

The album was released during a Destiny’s Child hiatus and brought into question whether this was going to be the album that made Beyoncé want to take solo music more seriously. It is absolutely crazy to me that this album was released when I was 10 years old, at an age where I couldn’t even understand and digest the lyrics to their true meaning properly and yet I still had it on repeat. For me, this was the album that solidified my love for Queen B.

‘Dangerously in Love’ takes on a very R&B vibe containing many ballads while also staying true to her signature sounds adding elements of hip hop too. The album has a star studded lineup of producers and featured artists. All of these ingredients mixed with the fresh desire and energy she demonstrates on this album makes it my all time favourite Beyoncé album.

The main note to take from this album is that it was the birth of a woman who was not afraid to demonstrate her independence, feminism, her confidence, vulnerability and drive. Beyoncé.

Below are some of my favourite songs from the album that I will never forget;

Every artist has that single that catapults them into another realm and will always be the song associated with them. For Beyoncé, this is the song. It’s ironic because in the song itself, Jay Z actually raps “History in the making“, little did they know this song was going to be talked about for years to come. This number 1 song was released as the lead single for the album and the accompanying video became a worldwide phenomenon. The song is understandably about the feeling you get when you are truly madly crazily in love with somebody. It’s possible and likely that the song was in reference to her love for Jay Z. We were used to hearing Beyoncé belting out her love usually in a more softer way but her sound in this song is more of an out of control vibe. This is obviously a reflection of her love that she is trying to explain about. Throughout the song she sings “Your love’s got me looking so crazy right now” indicating that she is enraged with her love for him. One of my favourite lines in the song is when she sings : “If you ain’t there, ain’t nobody else to impress” referring to the fact that he is the only guy she is checking for…to the point she does not even want to get attention from any other guy. A classic song.

Beyoncé definitely explores her sexy side on this album and with this song in particular. This song has a very minimal sound however it allows us to appreciate Beyoncé’s impeccable vocals. The song uses Donna Summer’s “Love to Love you Baby” as a sample. The song also has an Arabian feel in terms of the production. I would say this is one of the must hear songs on the album as yet again it compliments Beyoncé’s amazing vocal range.

When this song/album was released, Sean Paul was already well known and established in the game. Having released his critically acclaimed ‘Dutty Rock’ album the previous year. I love the fusion of R&B, Reggae and dancehall in the song coming from Sean. When she performs this song live she adds a sort of remix to the end of the song focussing on the dancehall element of the song which makes it even better. There is no surprise that this was another number 1 single from her and is still a hit in clubs today. I dare you not to dance listening to this song!

Okay!!!!!!! Now this is the ultimate anthem most woman probably sing whenever they are going through a break up or having issues with their man. Beyoncé more than any other artists has the ability to create songs that somehow women as a whole always take in. This song is one of them. Aside from the fact the song is about heartbreak, I believe it is actually a very useful song and is more a lesson about self love and self worth. It teaches women to realise that they have to love themselves first and foremost. Despite the heartbreak she learns the valuable lesson that “I took a vow that from now on, I’m gonna be my own best friend, I know that I will never disappoint myself”. It’s the realisation that in life the only person anyone can really 100% trust and rely on is themselves. I would say this song is timeless because everyone could use this reminder.

This is another one my favourite songs from the album. CONSENT. The more I think about it, in the age of consent that we are in now, this song is extremely relevant. On the song Beyoncé sings about her hurt and frustration from a very disrespectful and impatient lover who wants to go somewhere way too fast. It’s only now I am older and wiser that I can really take in the lyrics of this song. I initially loved the song because it feels like Beyoncé still shocks you with the notes she was hitting in this song. I also love the storytelling element of this song especially in the beginning; “Slowly you walked over, I maintained my cool, you said hello to me”, when she paints a picture of how they met each-other. Now for me the key part of this song is when she sings;

You said I move too slow, I showed you to the door, you said you’d call me later…I said don’t call no more. It’s cool if you can’t wait for me…I’m glad you let me know, ’cause you show me your true face, baby…the first time I said no”

She details how he tried to pressure her showing his true colours. I also want to point out the strength she shows by standing up to this man. It’s crazy to think how ahead of time Beyoncé was with this song but also scary to think she was only 21/22 when this song was released.

This is the second featured track with Hov on the album. This is also one of my favourites on the album due to the easy going, playful theme I feel with this song. I like the interaction between the both of them on the song and the way she explains her love for him (again). Jay Z has a chance to stand up for himself on this song in response to the doubters they obviously faced as he raps; “I know you’ve heard I’m a gangsta, they say “Stay away from them gangstas”. During the time of this being released they were merely a rumour but its safe to say Hov pretty much confirms B is his women in all of the 3 features on this album!

Possibly one of the most beautiful ballads on this album. This song is the definition of love, adoration and happiness. She stars the song with “Baby, I love you
You are my life“, if that isn’t a strong statement…I don’t know what is. I feel this song is the softer version of ‘Crazy in Love’. When all the lust and honeymoon period of a relationship has died down, this song is the prime example of what true love is. It is calm, patient, soft, sexy, slow and understanding. One of her best songs in my opinion.

This is the ultimate B & Hov record! This is the 3rd collaboration between the two of them on the album but was actually the first they released together. The song uses 2Pac’s original “Me and my Girlfriend” (even though he was actually referring to his gun) song and Hov & B provide their own spin. It’s ironic that it was 2Pac’s original song considering the affiliation Jay-Z had with Biggie, however luckily the beef was squashed after the passing of both Pac & Big. Another fun fact is that Kanye West produced the beat for the song. This was also the first song many of Jay-z’s peers realised he was in love with Beyoncé. The song is definitely the song that publicly confirmed both of each-others love for one another.

These are just my personal favourites from this classic and unforgettable album but feel free to listen back to the album below;

One thought on “Revisiting Time: Why Beyoncé’s – ‘Dangerously in Love’ Album is my favourite album of hers…”