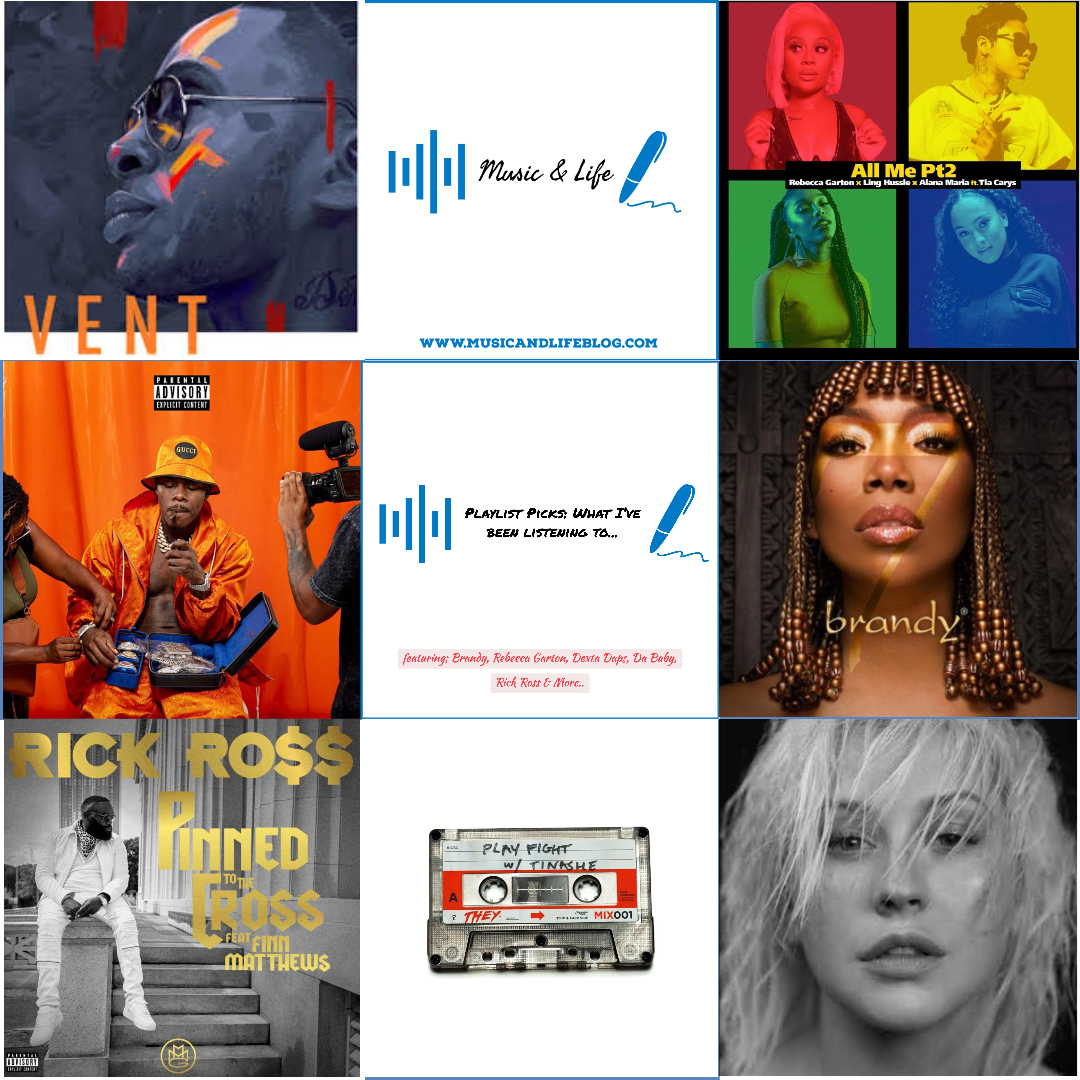 Hello Everyone!!! Hope everyone is hanging in there! This year seems to be speeding by which is probably for the best given the state of it!!! Today’s post is dedicated to top songs I’ve been playing recently that have given me such good vibes! These are the kind of songs you could have playing while you’re just chilling. Good vibes only!

Brandy has always had a sensational voice but this new album ‘B7’ is just reminding me of all of her beauty. This was the second single released from her new album but this is by far my favourite on the whole project. The harmonies and vocal range she displays on this song are heavenly. I would love to hear perform this song live, it’s the kind of song that just touches your soul. Stunning!

Women globally are doing BIG things. This time it’s the turn of the UK talented queens. Rebecca Garton previously released the first part of the song with WSTRN’s Louis Rei which I loved. I was happy to see Ling Hussle on the lineup as I’ve previously spoken on my love for her voice and wow this song was another perfect way for her to showcase her talent. Rebecca Garton seems to also be the one to watch this year! Women are really shining and I love to see it! I hope this is the first of many more collabs from them as their voices blended so well. I also really enjoyed the video where they all paid homage to the Queen Lil Kim. The visuals, vocals and harmonies on this song are perfect!! Have a watch below:

Da Baby recently dropped the deluxe version of his smash hit album ‘Blame it on Baby‘ and this song was definitely one of my favourites from the new version. Young Thug always does great features and is so lucky his voice is so versatile to so many different beats. One of the things I loved most about this song is that we can see and appreciate a slower side to Da Baby. We are all so used to his fast rapping style and while this song still contains his signature rapping style it has been slowed down to match the beat. I actually like this slowed down Da Baby. The ‘Blind” reference is in relation to the fact both artists are now successful and are getting the opportunities they always dreamed of. Really inspiring sentiment. Have a listen below:

Dexta Daps is by far one of may favourite artists at the moment! It feels like he is incapable of making a bad song and I’m all here for it! He released an album July 31st called ‘VENT’ which I found out about last week! There’s something so sensual about his voice that makes you want to hear every single word he is singing. His Jamaican accent sounds somehow always sounds more sexier than usual! He is immensely talented! This was one of the songs that caught my attention early on while listening to the album. The fact it features the legend Beenie Man is an added bonus! Have a listen to the beauty below:

The King and pioneer of luxury rap is back with another thought-provoking single! One of the main lines that stood out to me was “I just want to be free, another black man on the run”. In this song Rozay touches on the racial inequality happening in America at the moment. Have a listen below:

I had to emphasis the feature on this song because I am still shocked. The song was originally released in 2018 with her album ‘Liberation’. However, Lewis recently revealed to the world that he is indeed the secret feature on the song! Hamilton is currently one of the best drivers in Formula 1 and has six world championship titles to his name. It seems rapper/singer is now something else he will be adding to his already huge list of talents. As a Lewis Hamilton fan myself, it is exciting to finally hear his music as he has always expressed his love for making music. I really hope this is not the last music we hear from him because his verse was great!

I stumbled on this very randomly, but I’ve enjoyed it ever since! The song is such a vibe. THEY are an R&B duo that I had never heard of before this song. However, after hearing this song, I will be checking out more of their songs! The song has a 90’s nostalgic feel and I love how the verses let us hear from different perspectives. Have a listen below:

One thought on “Playlist Picks: What I’ve Been Listening to….”