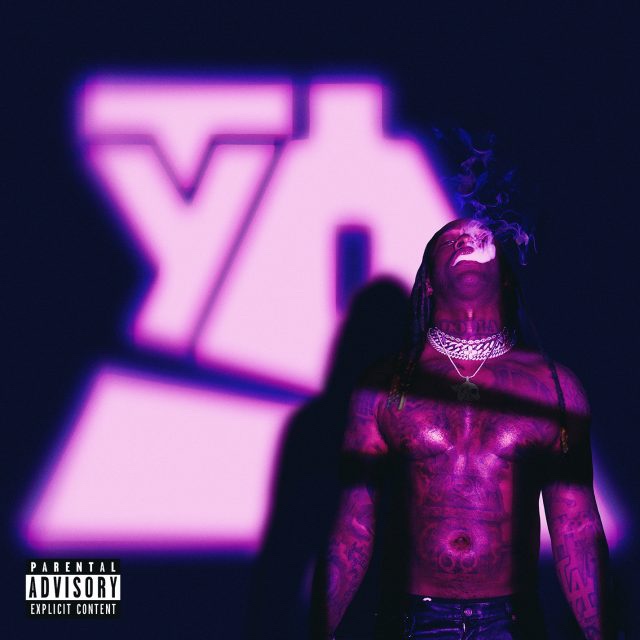 US artist Ty Dolla $ign is probably best known for enhancing many of the songs he features on. Personally, I’ve always preferred Ty Dolla features more that his personal projects and it’s clear this must be a common feeling for people which explains the name of this new album from him. You could even argue that it is almost a cheat code to have him on your track because with his smooth sound, you almost always know the song is going to be a smash hit! Despite all this, after seeing the tracklist for this album, I was still intrigued to hear how some of the songs would sound!

After playing the album back a few times in these past few days, I can honestly say I really enjoyed it! A lot of the songs on the album have replay value which in this day and age is quite rare. I feel Ty Dolla has the ability to put you at ease with his music regardless of the song context. Below are some of the songs that stood out to me:

OMG! I haven’t heard music from Kid Cudi in a very very long time!!! It feels good to hear him on a song! Kid Cudi and Ty Dolla have very similar sounds so they work well together on this one. From the lyrics in this song I get the impression that they are both singing about their women breaking up with them and leaving them. It seems that despite all the options they both now have access to, they are still missing their exes Hearing Kid Cudi made me reminisce to the old days when he was running the charts! I hope this is the beginning of more music from him!

This interlude shocked me!!! I thought my shuffle had gone off into my Burna Boy playlist when I first heard this! I still don’t know the link between Burna Boy and Ty Dolla and have only heard them on a Kranium track together (Hotel). I guess it’s a nice surprise having him feature on the album somehow.

Another smooth song on the album! This is the kind of the song that you will be bopping your head to! The slow pace suits Big Sean too! The song title is a reference to Erykah Badu’s 1997 song “Tyrone” where she talks about a good for nothing man. You can even hear Erykah’s voice throughout the song. Ty Dolla’s version is a flipped version of the original where he talks about a good for nothing woman. ‘Tyrone’ in this case is the one telling his friend to forget the woman who is doing nothing good for him. Big Sean. from his verse sounds like the poor man who is suffering.

Ty Dolla, Roddy Rich and DJ Mustard on a song?? You just KNOW it’s going to be a hit! I love the consistency throughout this album, each song has its own vibe going on and despite the star studded features, the Ty Dolla’s sound is not compromised. The quote; “cops still killing n****s in real life” sounds smooth on the track until you actually realise the severity of that statement. Unfortunately I guess it is “real life” and will never be able to sound right on a song no matter how it’s dropped. Some light on this song was that Roddy and Ty both were able to recount some of their wins and joys which is beautiful to hear. I really enjoyed Ty Dolla’s harmonies on this song too, many times it felt like he was battling himself!

This is one of the songs I’ve had on repeat since hearing the album! I genuinely don’t know any other artist with a sound like Ty Dolla. He will have you believing he is nothing like your exes with conviction after this song! I also really enjoyed how this song merged perfectly into the song below. In terms of the order of this album I really believe Ty got it spot on. I could listen to this album in the order he’s arranged it again.

By Yourself Ft. Jhené Aiko & Mustard

I love this song!!!! Firstly we have to talk about the sample!!! This song samples Billie Piper’s 1998 song “G.h.e.t.t.o.u.t” which you can hear more in the beginning of the track and towards the end. Mustard does an excellent job of remixing the sample into a more modern Ty Dolla kind of sound! Now onto Jhené! Both her and Ty Dolla are kings and queens of blessing any track they feature on. We’ve heard them most recently on Big Sean’s song “Body Language” released from his most recent album (another hit!). The two are clearly experts in bringing out the best out of one another. One thing I’ve noticed recently about Jhené is that she has that independent woman vibe going on! Her verse on this song does a great job of conveying that too! My favourite verse on the song for sure!

The content of this song is beautiful, such positive vibes. Ty Dolla touches on the good things happening in his life at the moment. He starts the song “The universe must want me to win. I’m happier than I’ve ever been, ever been, yeah…feeling this good should be a sin“. The tone seems to be motivated by love and a woman in his life. Kehlani’s verse emphasises his point by agreeing that the universe has sent an angel from above.

I can’t say I like the lyrics of this song too much as it’s basically bragging rights between all these men. I do however like the fusion of Young Thug, Future and Ty Dolla’s voice.

This is one of those songs you can really feel the purpose of the track. I can see why Ty put this song towards the end of the album as it’s a more slowed down and raw feel. His lyrics leave little to the imagination but the stripped back feel of the song exposes it even more. The harmonies and backing vocals in the song are wonderful. A definite contender for my slow jams mix!

Any song with 6lack or Musiq Soulchild featuring, just know you’ve won me over! Ty Dolla actually stated that his favourite lyric from this album is from this song; “Nobody is truly yours, it’s just your turn”. This partnered up with Musiq Soulchild’s verse where he claims he’s holding on because he’s fallen in love 3 times in his life and doesn’t know why. I somewhat agree with the statements in this song. Sometimes people like to believe that things are more complicated than they are when really it could just be fate or right place, right time.

It was actually genuinely quite hard to pinpoint only a few songs from the album that I enjoyed the most! The features on this album have really shown me that Ty Dolla is just as a good as a main artist as he is a featured artist. He really held his own on this album. The whole album was a vibe and it’s rare that an album this long in length maintains the high quality! Thoroughly enjoyed this piece of work! Check it out below!