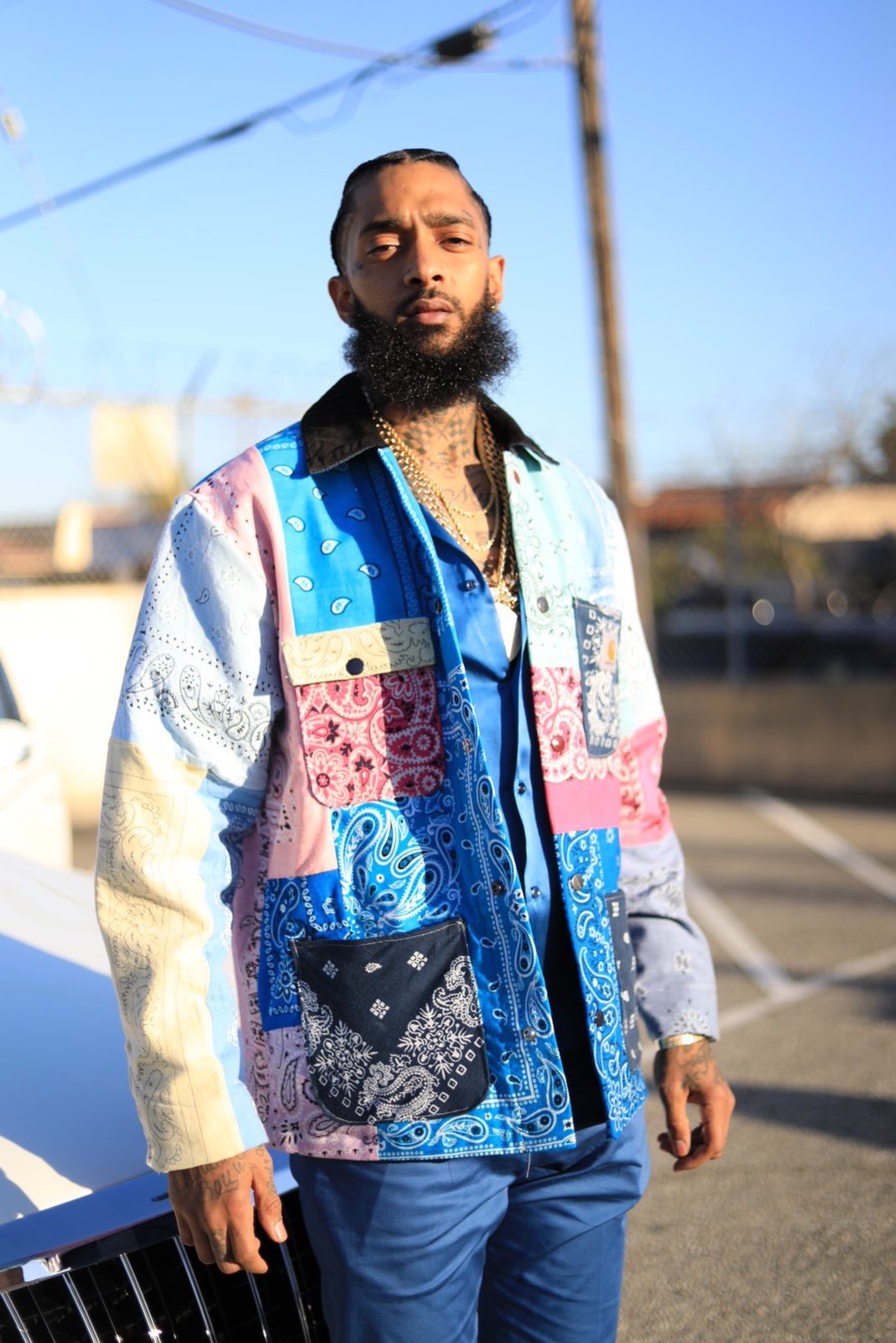 On the 31st of March 2019, 33-year-old Los Angeles rapper Ermias Asghedom, known commonly as Nipsey Hussle was killed outside the parking lot of his store, ‘Marathon Clothing’. Nipsey Hussle was a well known West Coast rapper who had most recently had his debut album nominated for a Grammy at the 2018 awards. Almost as soon as the story broke, support from all part of the world poured in all grieving the loss of not only a great rapper but a man who was trying to change the world and his community for the better.

As a West Coast Rapper, he was among the greats and frequently collaborated with them too. Fellow West Coast rappers such as The Game, Snoop Dog, YG also all expressed their sadness over his death. On a personal level, I also liked how much he uplifted his girl Lauren London on a regular basis. I liked how much passion he had when speaking about the good he was doing for his community and how eager he was at spreading his wisdom around. Nipsey released his first project ‘Slauson Boy Vol. 1’ in 2005 and I think of some of the songs I used to listen to in the past that he featured in reminding me how long he has been doing this for. Nipsey was vocal about investing in ourselves and apparently owned all his masters for his album. He had previously said “I just believe in ownership… I believe in investing in yourself…Your foundation should be strong”. Once again, spreading his wisdom.I know that Nipsey’s death is not the end of his legacy and pray that young people are inspired by all the good he did and was trying to do. He will never be forgotten.

Here are a few songs that I personally like featuring Nipsey in no particular order;

“IT’S HUSSLE IN THE HOUSE”!!!! This is arguably one of Nipsey’s most known songs. The song is a treat for old school rap lovers as it samples Kris Kross’s “Jump, Jump”. The beginning of the song is my favourite part of the song as Nipsey pays homage to NWA by rapping “Look, I’m comin straight off of Slauson, a crazy motherfucker named Nipsey” similar to Ice Cube’s classic opening line from “Straight Outta Compton“. It’s in this song he mentions how he makes his money; “Now it’s rap money no advance it’s all royalties” indicating how makes money from his fans buying his music rather than through record companies.

It’s crazy to think Nipsey only has one actual album considering the amount of songs he’s released over the years. When I think of songs from the album, this is one of the first that pops into my head. Funnily enough it’s been the most popular one I’ve heard been played recently as fans gather to mourn his death. He refers to himself in the song as “2Pac of my generation” which many refer to him as.

This is another from his debut album (a bonus track). In this song Nipsey talks about his difficult childhood and argues that some rappers don’t actually know what growing up with a hard life actually is.

Ayyyy Drizzy Drake and Nipsey. The only sad thing is that they didn’t do more tracks together. These too make a good combination. This for me is one of the most memorable Nipsey tracks. The two rap about what motivates them to be where they are and how much it is paying off.

In the intro of this song Nipsey states “I’m different”. Listening to this song now makes me quite emotional if I’m honest. Nipsey says; “Pass the power to your people, it ain’t nothing realer. Faced with this decision it’s a funny feeling, knowing when you tell the truth they gon’ come and kill you”. Hearing those words now couldn’t be more haunted. Nipsey saying to pass the power to his people is really an example of what he was about. He always was ready to help others like him especially from his community in order to bring the up with him. That alone, makes him different from a lot of rappers. He always kept it real and for that some people didn’t like.

For me this is my most memorable Nip and Ross record. This song details the two’s extravagant lifestyle. “Trying to do it like Puff do it, do it like Russ do it, real life, said, “What’s up?” to it”; It also talks about his upbringing and how he looked up to legends from the game.

Another favourite from ‘Victory Lap’. The song feels like a conclusion to his thoughts and is quite celebratory. He reflects on all the success; “I switched it up, that’s me singin’ on the chorus”, even reflects on his progression. His concluding words “Real big, real big, I knew one day I would do it real big” will forever resonate with me and have a bitter sweet meaning behind it. In one way you can argue that he had achieved what he wanted. He was a worldwide success. He was loved by so many and he was motivating and changing people’s lives for the better.

So this was Nipsey’s final released single and takes a switch ftom his usual music. In this song he talks about the highs he was experiencing with his commercial success. There’s a line where he says “How you die thirty somethin’ after banging all them years” in which he was referring to his friend that had died however the words unfortunately can now be applied to him. In the song he also acknowledges his recent celebrations; “Grammy-nominated, in the sauna sheddin’ tears”. His debut album had been nominated for a Grammy so it was good to see he was being recognised.

I like Nipsey’s verse on this song. He says “Hope you niggas get rich and then reinvest to it” reiterating the fact he was always spreading his knowledge to those coming after him. Nipsey was always willing to help people; “Wish you niggas success and minus the stress to it”.

This song sums up all of Nipsey’s legacy. He was constantly uplifting us and teaching us how to be great. If there are any words you should remember from Nipsey I would recommend listening to this song. Everyone will take some words from this song that will relate to them or motivate them equally. For me; “It ain’t a force in this world like the focused drive. You gotta focus on yourself like an only child. You make your dream realer, and you make your team better“. I will live by those words. The words “I’m tryna go down, down as a great” are repeated throughout the song and I promise you Nipsey, you are 1000% going down as one. Rest in Power Nipsey the Great.