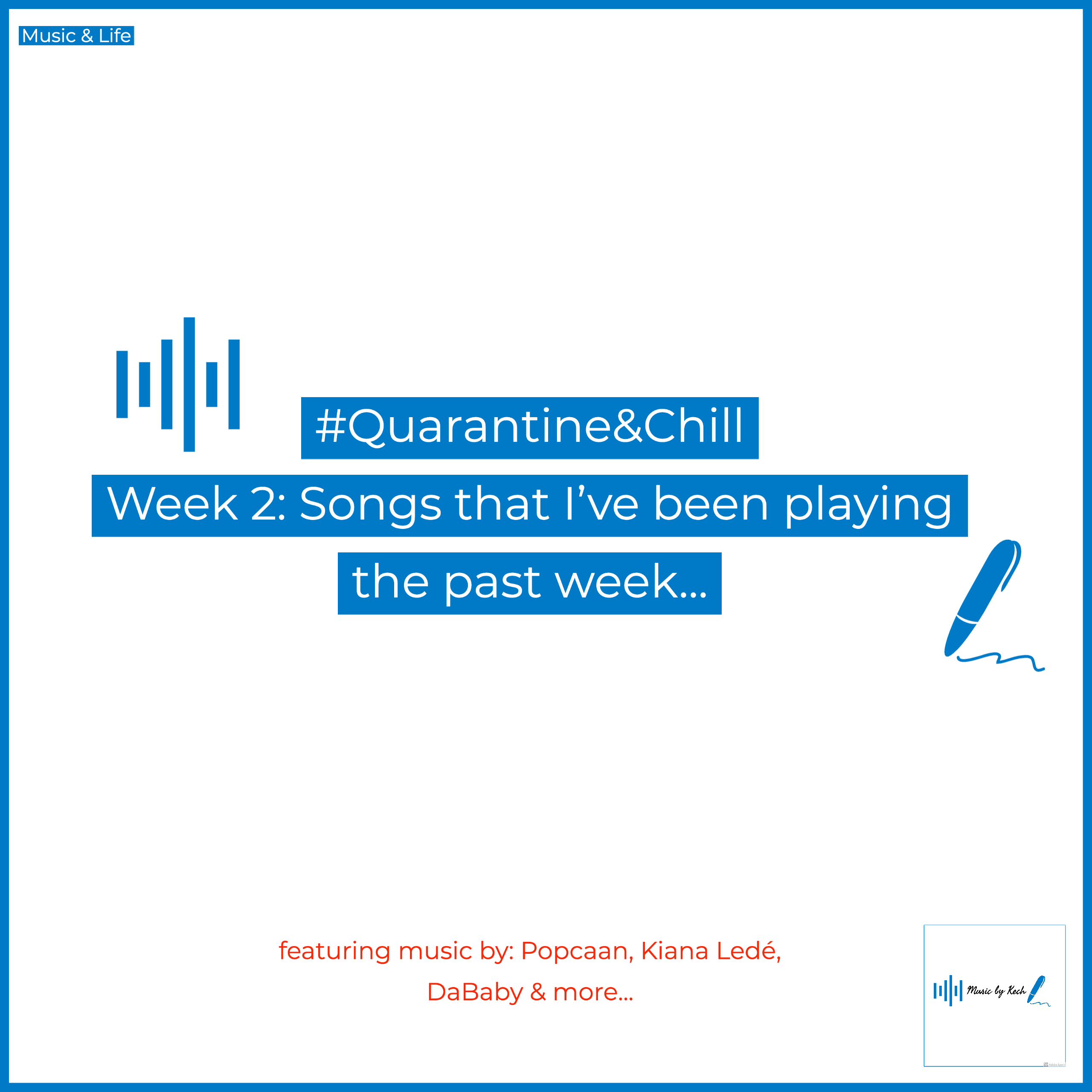 So! It’s been 2 weeks since the UK have gone into official “lockdown”. The good news is that we are in another month meaning we are one month closer to the end of this madness hopefully! I hope you have all been keeping safe and sane during this lockdown. Personally, I’ve found this lockdown quite hard in some occasions but I find that keeping myself busy helps time pass and causes me to worry less. Listening to music is a great escape for most people so of course I’ve put below some of the songs I’ve been playing in the past week. Hopefully some of these songs can provide you comfort during these uncertain times. Stay safe everyone!

Throwing it back with this first song here. I’ve been listening to a lot more Bashment and dancehall songs recently. I am hoping to create a playlist for one soon once I improve my knowledge. In the meantime, I’ve been revisiting this song by Jamaican Dancehall legend Popcaan recently as it’s one of my favourite Popcaan songs. The song is quite sad but it is very relevant to the situation now. There’s so much bad news at the moment and so many people are losing their lives that has probably made people feel helpless, sad, scared and confused. In this song Popcaan refers to the fact that despite all the negativity and sadness, “Only Jah Knows”, ‘Jah’, which is the Rastafarian name for God. In relation to the pandemic now, it may be comforting to keep your faith and understand that God has a plan, regardless of whether we understand it, it will all be okay in the end. Have a listen to the song below;

Following on from a cultural theme, this is another song I’ve had on repeat these past few days. The song is by Nigerian singer Flavour who sings in his native tongue Igbo. The song meaning translates to “Let’s continue to seek or beg God for mercy”. Similarly to the Popcaan song, this is another great song to listen to at a time like this, the song provides some comfort and is a prayer for everyone during these unprecedented times. Personally, I’m a huge fan of Flavour and I love that he regularly sings in my native tongue but regardless of whether you understand what he is saying, the instruments and feel of the song should put you at ease. Flavour is great at providing the highlife feel/mood with his music, the instruments he uses always make you feel like you are in the room with them all. Have a listen below;

DaBaby is on of the most popular artists in the US at the moment, with great reason! He makes so many great songs and he the personality to match. However, he has encountered a lot of controversy recently which can be argued is the downside to being a star. He is back with a new song providing us with a more vulnerable side to him and a different style that what we are used to with him. It’s obvious that the controversy surrounding DaBaby as of recent is getting to him as in the song he states “& every single person in my life tell me I’m their hero but when it’s up and then go down, they treat me like the villain”. I like the honesty in this song and it’s clear DaBaby has a creative side as the song is accompanied by a 10-minute movie which has Bonnie & Clyde feels. Have a watch below;

Earlier this week (31st of March) was the first anniversary of the death of the late great Nipsey Hussle. If you haven’t read it, feel free to read my dedication to him from last year; https://wordpress.com/posts/musicandlifeblog.com?s=nipsey

There’s something special about this song for me. In the beginning Nipsey states that the song is dedicated to everyone with a dream and says “I don’t want the fame, I just want y’all to feel me“. Nipsey always spoke his truth with any chance he got. This song should provide everyone with the confidence and belief that anything in this life is possible but should also be served as a reminder that life is short. Towards the end of the song he says “I ain’t worried about it cos I know God got me” and thats a motto to live by. The Marathon will forever continue.

Big Tobz continues to surprise me if I’m honest. He recently released a new project called “Issa Vibe” and this is one of my favourite songs from there. He links up with legend Dizzee and the back to back between them is class. It’s clear to me that Big Tobz thrives the most when he is able to go back to back with someone, whether it’s Blittz, Cadet (R.I.P.) or now Dizzee. Dizzee demonstrates in this song why he is one of the GOATS and it’s nice to hear him on a song with a newer star being Tobz. Check it out below;

Kiana has actually just released a new album this weekend but this song from her previous project has been on repeat for me recently. I’m even sure I’ve spoken about this song before but it’s still a favourite. The song is based on a relationship where the guy is taking advantage and is playing games. Have a listen below;

Geko and Lotto Boyzz are both back with a collaborative banger. It’s no surprise that these 3 make such a good song as individually they are great at that. There’s no way this song will not have you singing back after hearing it. Geko maintains his usual waviness and Lotto Boyzz provide a unique addition. Lotto Lucas cool and collected with his rap verses and Lotto Ash of course bringing the harmonies and sensational voice. Last but certaintly not least, the song is produced by JAE5 so of course there’s no way this song wouldn’t have worked! Have a listen below:

If you’re a fan of the Netflix Spanish hit show ‘Money Heist’, you would know this song from a mile off! Since season 4 has been released this song is back in my head! The song actually originates from an old Italian folk song. Have a listen below