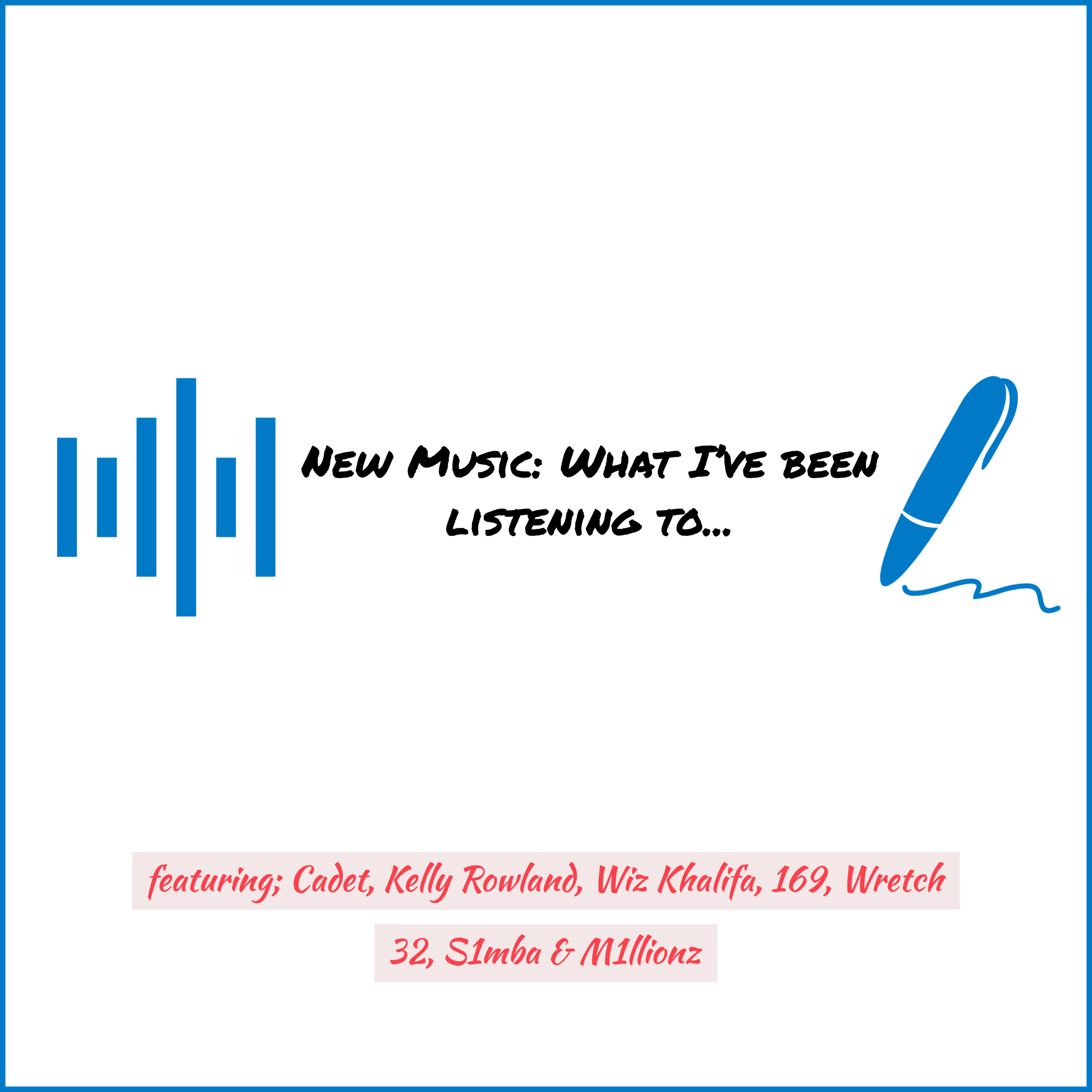 Hello everyone, I know I’ve been slacking with my weekly quarantine posts…I’ve lost track which week this is now but here are some of the songs and albums I’ve been listening to in the past two weeks. Have a nice weekend everyone and stay safe. I will try and put out another album review soon.

First up! The late great UK rapper recently released his Posthumous album ‘The Rated Legend‘. I was a big fan of Cadet and I’ve always talked about his incredible talent for wordplay. Having watched the recent documentary on Cadet, it’s clear how important music was to him. The thing I loved the most about this album was the way every feature artists somehow matched every part of that song. In addition, I liked Tion and Chip’s subtle references to Cadet and Wretch’s after message. It was nice of Cadet’s family to let us hear some of the songs he had been working on. Here are some of my favourites from the album;

Have a listen below:

I love this song from Kelly!! A perfect song for the nice weather that we’ve been experiencing recently. I saw a comment recently that said Kelly is being very sexual in this song but I will say, Kelly has never been afraid to explore sex in her songs. I can think of songs like “Motivation”, “Put it on Me” and “Ice” from the top of my head that also carry that theme. Regardless this song is great and the video even better! I love the appreciated of different shades of black through the model in her video. The song also has an afrobeat vibe which is possibly what makes it even more perfect for the weather. Have a listen below;

This song is from Wiz’s new album “The Saga of Wiz Khalifa” . No surprise that this song is a hit with Mustard producing it. Megan had a great feature verse on this song and again this is another song for the good weather!. Have a listen below:

UK producer/artist 169 recently released his EP titled “SYNC” and this is one of the songs on the tape that stood out to me. The song features the legend that is Wretch 32. I like the Caribbean feel on this song. I think a producer who is also able to sing or rap is a huge talent and cheat code. You know for a fact that the beats on their songs will always be top notch and this song proves it. It’s a nice calming feel, have a listen below;

Tik Tok has been instrumental in the success of so many songs during this quarantine period. Before seeing a Tik Tok video, I did not have any knowledge of this song. However, since the challenges regarding it, I’ve had this song in my head! I challenge you all to listen to it and do the challenge too! Have a listen below;

Drill is pretty big in the UK at the moment and this guy is one of the ones running the scene after this song. I like the tone of his voice in this song as it’s quite lighthearted despite the greaze from the beat, bit of a juxtaposition. I had never heard of him before but I will certainly be looking out for him in the future.

This song isn’t a new release as it was released with Wale’s album last year however, he has just recently released the video for it and it’s wonderful. The theme of the song is the idea that he is rooting for his fellow Black people, in all aspects. The video provides us with a view of an alternative America if Black people were not the victims of racism as much as it is now. It’s a food for thought video especially at the end during the pandemic we are facing with black people being seen to be suffering the most. Check it out below;